Jane Couchman, Chief Risk Officer at Aware Super on managing risk and compliance in an era of greater regulatory scrutiny, transparency and competition, and why it requires an anthropological mindset. By Ben Power

Her switch to the science of human behaviour has paid off. Much of her career has been driving huge transformational change in risk compliance operations and culture at some of Australia’s biggest organisations. 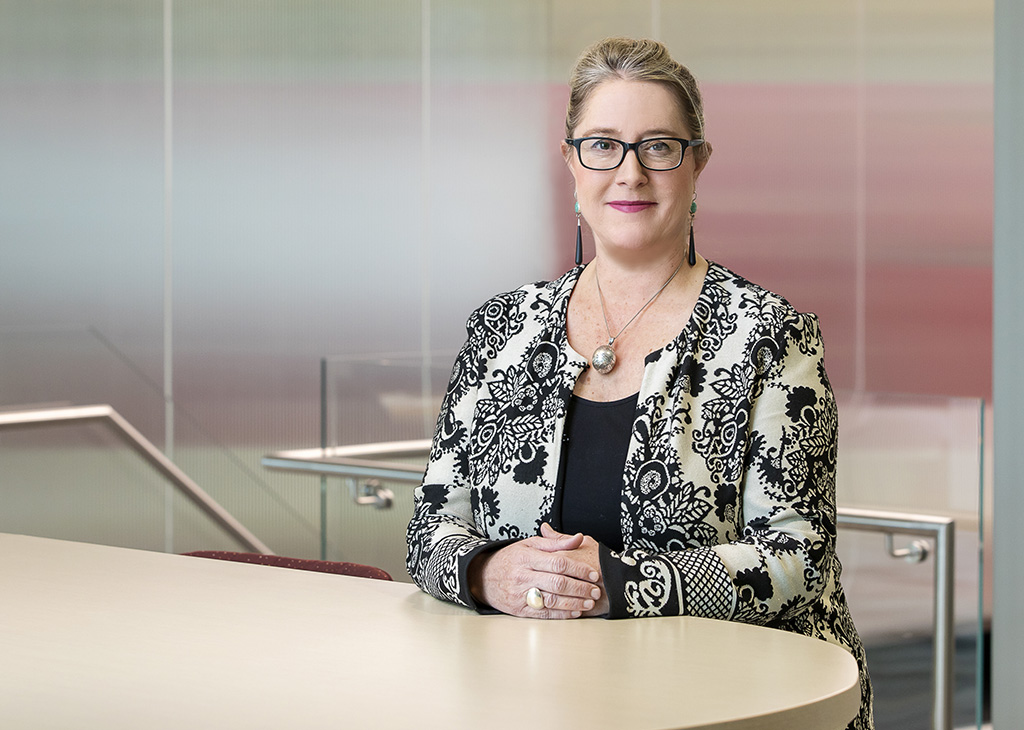 In an era of greater regulatory scrutiny, transparency and competition, it’s a journey that many funds are following. But to deliver better member outcomes, funds are becoming much more complex organisations. And that means operational, investment and regulatory risk are surging.

Superannuation funds, including Aware, are adapting with better data, systems and processes. Yet Couchman says that transforming risk and compliance is really about people. “It goes back to that anthropological background,” she says. “How can you improve the mindset, attitudes and behaviours of individuals?”

“It goes back to that anthropological background. How can you improve the mindset, attitudes and behaviours of individuals?”

Couchman grew up in Sydney, and her parents had a property in Mudgee where they would retreat every weekend to ride horses and catch yabbies. She developed an early love of travel when, at the age of six and eleven, her father took long sabbaticals overseas. Her father was an academic philosopher of education; he also established the first university ‘Peace’ course in Australia. Couchman’s mother was a practising psychologist who also lectured at university.

Couchman’s decision to study law at university was simple. “To be honest, I got the marks and I thought it would be a useful degree.”

After graduating, she became a country solicitor. She worked mostly in family law and crime, finding herself standing in court representing people on her second day in the job.

After a year and a half, she returned to the city and got a job at a big law firm where she worked in banking and finance. She was seconded to a bank and found she loved being in-house.

Couchman became an in-house lawyer at Perpetual (becoming general counsel). It was undergoing the transformation from traditional trustee to fund manager. A boss at Perpetual then moved to BT and asked Couchman to join. 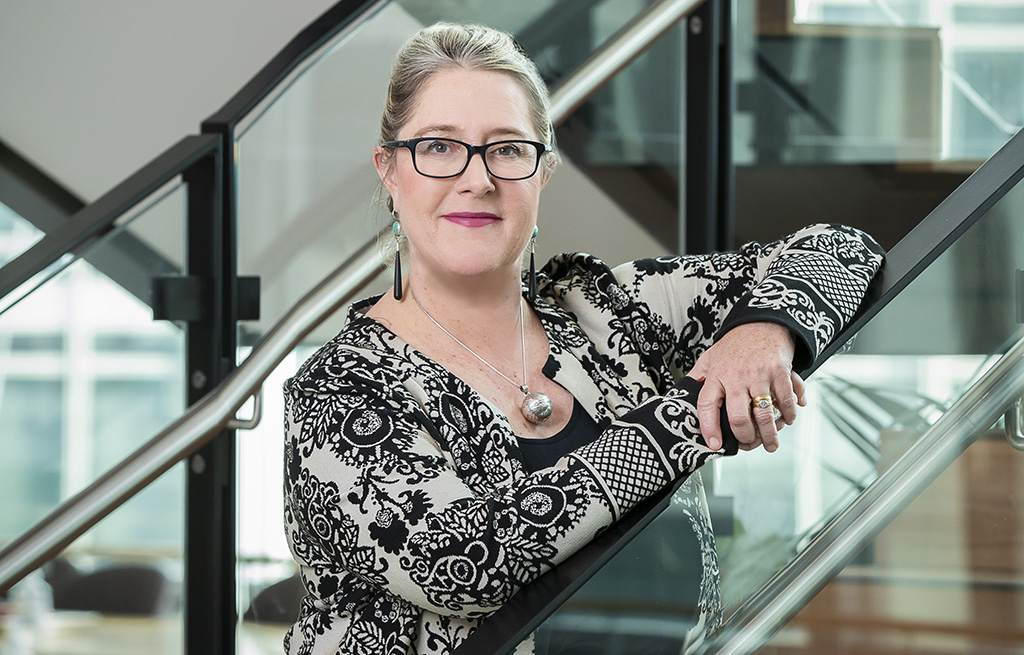 It marked an important turning point.

“Look, you can do compliance,” her boss at BT told Couchman. “I’m like, really? Okay, never done that before.”

Couchman eventually moved to Macquarie as global chief operating officer (COO) for compliance. There she oversaw a huge global transformation of Macquarie’s compliance. “That was my first proper global gig, which I loved.”

After nine years she joined CBA to become their first Executive General Manager of compliance.

Then all hell broke loose for three years. The bank faced a deluge of regulatory action: APRA’s Prudential Enquiry; an Enforceable Undertaking (EU) on privacy with the OAIC; an EU with ASIC relating to its FX business; and the Banking Royal Commission.

“As you can imagine it was just an extraordinary period.”

Couchman is proud of her time at CBA, particularly the outcome of the Prudential Enquiry. It drove a real transformation of the bank’s non-financial risk and compliance management, she says.

Aware, which manages $150 billion on behalf of 1.1 million members, is shifting from the traditional outsourced model and internalising a lot of functions such as administration and investments.

At the same time the external environment is getting more complicated in the wake of a raft of Government reforms, including Your Future, Your Super, and increased scrutiny after the Royal Commission.

Aware has articulated 18 material risks that they now monitor, including data systems and integrity, investments, regulatory, and people and culture, to name a few.

Couchman says in this environment, funds particularly need to “make sure you’re one of the big ones” in a consolidating industry. They will need the scale to truly drive better member outcomes at a low cost.

Aware is now implementing a multi-year program to transform risk and compliance, a plan based very much on CBA’s response to the Prudential Inquiry. “That report that APRA did is a really good blueprint for any organisation to do true transformational uplift, which is why they [APRA] asked another 36 institutions to self-assess against it, including Aware.”

“I assume that’s why Dee brought me across: [She] might as well get the woman who co-led the work at CBA!”

As expected with Couchman’s anthropological bent, a big emphasis of her new risk and compliance plan is people. The fund has a risk culture and conduct change program in progress that includes risk culture and conduct training and communications; a revised code of conduct; and the implementation of Aware’s ‘3 lines of accountability model’ (the fund’s operating model for driving risk management accountability), which is its response to APRA’s Financial Accountability Regime (FAR) and CPS 511 that increase requirements on accountability and remuneration.

Aware is also developing a more “adaptive” risk appetite. It pursues key opportunities to deliver better member outcomes. But it is informed about the risks around those opportunities, then puts mitigants in place.

“You still take on risk,” she adds. “But you do it in the most informed way possible, and data is critical for that.”

“You still take on risk. But you do it in the most informed way possible, and data is critical for that.”

Internalising administration, for example, will allow Aware to better control and tailor member services, including digital experiences and tools, and provide straight-through processing. “But that’s not without a huge amount of risk, bringing in your own administration,” Couchman says, adding that transactions will now be flowing through Aware’s systems, rather than Mercer’s.

Another growing threat to super funds is cybercrime and financial crimes, a key focus for Aware, Couchman says. Super has traditionally been seen as low risk in these areas of crime, but that is increasing with more money flowing through the system in a more digital environment. Those risks became starker with the early release scheme during the COVID pandemic. “There is not as much transaction flow as you would see in a bank account, but it’s becoming higher risk than it used to be.”

Aware has specialist areas dealing with the cybercrime and financial crimes threat, but it is also leveraging the smarts of its broader IT security, data management and privacy teams.

Couchman has had a series of high-pressure roles. How does she manage?

One outlet has been horses. “I [along with her three daughters] stupidly got into horses. I live in the city, and we have three horses which is outrageous.”

Couchman’s family also gets out of the city as much as they can to their beach house at Currarong, near Jervis Bay. “I love the sea and mountains and I love being around family and friends. When we go to Currarong it’s nearly always with others. I love the big, long sharing table and we just all muck in and feed tribes of kids and adults.” 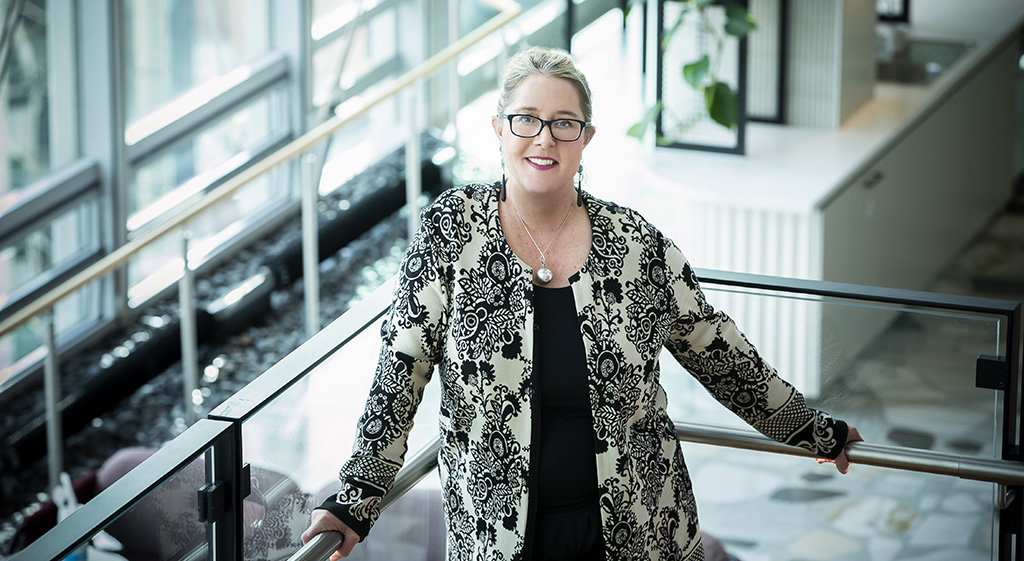 Couchman says she married a country boy and one day she would like to “grow carrots” in Mudgee. But she may have to put that off for a while longer because her skills will be in high demand. “I do say that risk and compliance is the new black these days.”

When it comes to recruiting new staff, Couchman used to look for lawyers and regulators, but increasingly she’s looking for talent who are data savvy and understand regtech (regulation technology). She also wants to hire people with a good engineering mindset who understand process and control and know where breakdowns can happen across a workflow.

But she also wants people from other backgrounds. And yes, that includes anthropology, the area she studied back at university. “A growing understanding of that anthropological mindset is really important as we continue to drive true culture and capability change in the super industry,” she says.

“A growing understanding of that anthropological mindset is really important as we continue to drive true culture and capability change in the super industry.”

“Risk and compliance are all about changing the mindsets and behaviours of the workforce and looking at the values and routines and symbols that make up an organisation.

“It’s actually building human capability to make better decisions for the organisation, but also for the member or customer base.”