Jean-Étienne Leroux, Managing Director, Infrastructure – Australia and New Zealand, CDPQ Sydney, relocated to Sydney in 2015 to grow the Canadian mega fund's investment portfolio and build and invest in infrastructure that will create a sustainable impact for future generations.  By Ben Power.

It was a cold winter’s day in January 2015, when Jean-Étienne Leroux sat down at a nice restaurant in Quebec, Canada, for lunch with his wife. He had a proposition. Would she be open to moving to Australia? He was nervous about her reaction. “I thought I was dropping a bomb,” he says.

Leroux had been visiting Australia for Canadian fund giant CDPQ, closing infrastructure transactions including its investments in the Port of Brisbane. The travel from Quebec to Australia was exhausting and taking its toll.

“But I also loved Australia. I literally felt at home. Every time I was flying in, whether it be Sydney, Melbourne or Brisbane, I felt like I was landing at home.”

Two-thirds of the way through the lunch he asked his wife about a move to Australia. “She paused for three, four seconds, then looked at me and said, ‘well, you know what? That might actually be quite interesting’. So all that pressure, all that sweating, was all for naught.”

Leroux and his family moved to Australia and set up CDPQ’s office in 2015 with a mission to establish the global investment group as a part of the Australian investment community. 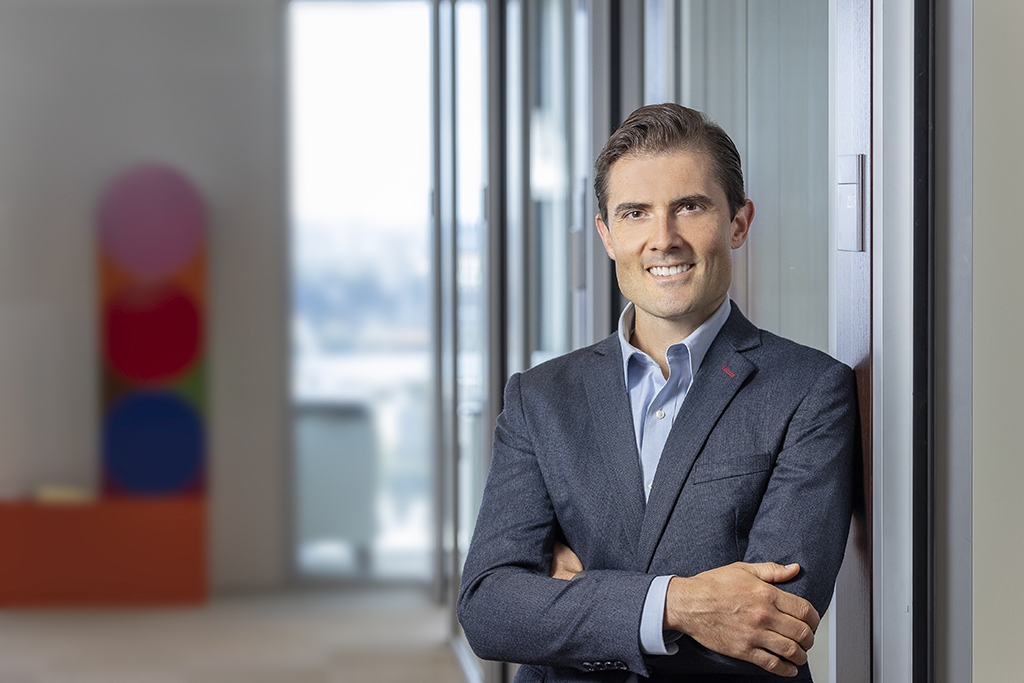 The fund now has A$6.5 billion of investments in the country, including stakes in Australia’s biggest public transport project, Sydney Metro, Plenary Group, Port of Brisbane and NSW electricity transmission network operator, TransGrid, and WestConnex.

From quantitative methods to CDPQ

Leroux grew up in the greater Montreal area and always performed well in maths and science, with an initial focus around pursuing a career in health sciences. But some friends who were doing commerce at HEC Montreal—a leading business school—convinced him to sit in on one of their classes. “It turns out I actually found it interesting. The next semester I was enrolled in the B.Com program majoring in finance and quantitative methods – and then joined CDPQ in 2001.”

CDPQ was founded in 1965 by a law passed in the National Assembly of Quebec. Its role was to manage the Quebec Pension Plan, a new universal retirement plan.

It now manages Can$420 billion both in Canada and globally across more than 65 countries.

CDPQ has 46 clients, where most are pension plans and public and parapublic insurance plans which pay out benefits to more than two million Quebecers each year, who must deposit (and withdraw when they need it) all their capital with the fund. “The committed nature of our clients is a very meaningful and significant feature of our capital. It means that we can focus our efforts and time on our capital, and investing it, rather than on fundraising and marketing. It also allows us to plan for the long term.”

“The committed nature of our clients is a very meaningful and significant feature of our capital. It means that we can focus our efforts and time on our capital, and investing it, rather than on fundraising and marketing. It also allows us to plan for the long term.”

Over the past decade it has expanded its presence internationally and now has 11 offices in the likes of Paris, Singapore, Shanghai and Delhi, as well as the major centres of London and New York.

After Leroux began at CDPQ, he worked across various sectors including financial services and natural resources. He was put on a fast track to becoming a director in the private equity space, at the end of which he could decide where he wanted to settle. He decided on infrastructure, then a small team housed within private equity, and he ended up travelling extensively, particularly to South America and Europe.

CDPQ missed out on Port Botany (Sydney) but leveraged that experience to secure an investment in the Port of Brisbane. But Leroux was paying a price. He sat down with his boss and told him that he wouldn’t have a family in six months if the travel continued. “I wasn’t kidding,” he says. “And so we started this process of opening up an office.”

Feeling at home in Sydney

It was a big move for the family. When his children landed in Sydney in 2015, they didn’t speak a word of English. “No and yes were probably the only two words they knew.”

The day the kids started at Northbridge Public School, the Principal of the school put a small piece of paper in the pocket of his son’s shirt, on which she’d written. “Hi. I’m Ben. I’m new at the school. I’m from Canada. I’m French Canadian. I don’t speak English. If you want to talk to me, please bring me to a teacher.” He was to show the note to classmates.

“But for me it was a relief just to establish the family in a place that we love, in a place that is welcoming and culturally similar. Australians and Canadians, culturally speaking, are quite close. They’re far from each other geographically, but you don’t necessarily feel that different when you mix yourself into the community here in Australia. You feel like you’re welcome and that you’re part of it.”

Leroux not only heads the Australian infrastructure team but is head of the region and oversees other asset classes, including private equity, real estate and fixed income. CDPQ’s real estate arm, Ivanhoe Cambridge, is also establishing a presence in Sydney. “We’re growing the office slowly but surely and increasing our presence in Australia. I’m quite proud of it I must say. It’s a market that I thought, and I still think, has great potential.”

Australia appeals to Leroux and CDPQ because its inflation correlates with Canada’s, because it is easy to conduct business here, and because it has a deep infrastructure market. “When it comes to unlisted opportunities for capital, it is a meaningful market. It’s got a number of assets or sectors that you can invest into, but there’s also a strong fundamental due to its proximity to Asia. So you have the upside of a developing country without the downside or challenges.”

ESG is central to what CDPQ does. “It’s not only an acronym that we talk about, it’s something that just forms part of our investment decision process.”

CDPQ has a centralised office that looks after all the ESG aspects of investment opportunities, providing in-depth analysis and reputational reviews. “It’s a gate item. It’s a gate that we need to cross. If you don’t get it, you’re not going to be able to take your investment up to the end of the approval process.” ESG monitoring then continues throughout the investment cycle to ensure best practices are adopted and maintained. 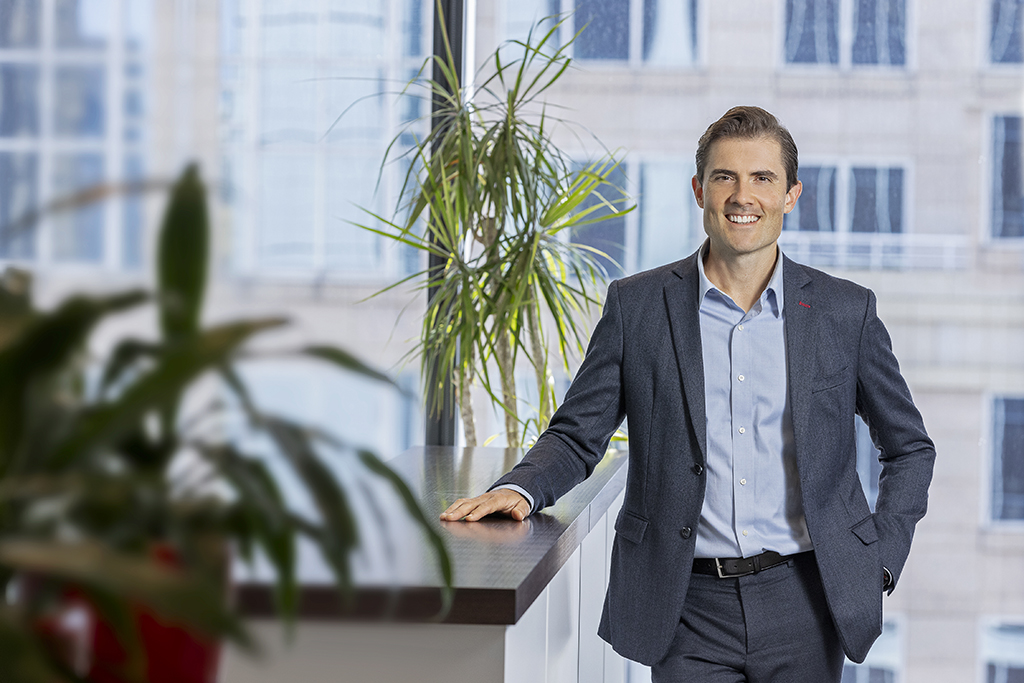 “We are certainly on a very good track. We had reduced our carbon intensity by 38 per cent in 2020 compared with 2017 and aim to achieve a 60 per cent reduction in the carbon intensity of the total portfolio by 2030.”

Leroux says the E for him in ESG is personally important. “It’s doing something that makes a difference for Mother Nature.”

But Leroux says it is not enough for investment managers to shift carbon heavy assets. They need to do more. “At the end of the day, trading assets from one hand to the other, or another hand, doesn’t help. It could actually be even worse. A polluting asset could ultimately end up in the hands of an organisation that might not necessarily apply the same duty of care in the way it’s being operated.”

“At CDPQ, ESG is not just something that we put nicely into a press release or in our annual report. We are held to account and we need to deliver against our objectives.”

As a Canadian, Leroux is impressed at the size and growth of Australia’s super industry. “It is still fragmented to a certain extent but some consolidation—which we are seeing happen—should contribute to creating even more meaningful players amongst the institutional investor community.”

Leroux views Australia’s super funds as allies. “We certainly don’t see them as the enemy. It’s a good thing that super funds have got to a level of sophistication, performance and scale so that we can work with them in a like-minded way.”

CDPQ has partnered with many Australian asset managers and super funds across its investments, including QIC in Port of Brisbane and AustralianSuper in WestConnex.

Investing with locals and gaining access to their intelligence helps mitigate investment risk. But Leroux says that partnering with super funds gives CDPQ an opportunity to partner with the Australian people. “Ultimately, it’s a way to align ourselves with the interests of the community.”

Leroux says he is in Australia, not only to grow the portfolio, but to leverage CDPQ’s capital and capabilities to build and invest in infrastructure that will have a significant and sustainable impact for future generations.

“The themes of urbanisation and decarbonisation are areas where I think we can have an important impact. Through our sustained efforts and engagement in the region, I’d very much hope to see CDPQ becoming considered part of the Australian investor community rather than just being a foreign investor doing business ‘Down Under’.”

Jean-Étienne Leroux is speaking at the The ASFA Leadership Symposium at the ASFA Conference on the Gold Coast.