New ASFA Independent Chair Gary Dransfield is looking forward to working with ASFA's board and stakeholders to keep improving the super system and continue building the industry's positive role within the wider Australian community. By BEN POWER.

A common theme runs through Gary Dransfield’s career: community. He spent most of his career at organisations—St George, IAG and Suncorp—that started off as mutuals. “With mutuals, you have a very strong customer bond,” he says.

On 23 February, Dransfield became Independent Chairman of ASFA, taking over from Dr Michael Easson, who retired after six years and two terms in the role.

As Chairman, Dransfield wants to help continue ASFA’s role as an effective advocate for the superannuation industry. But he also wants to continue to elevate the industry’s positive role in the broader Australian community.

Customers and community always at the core

Dransfield was born in Cronulla, south of Sydney. His father was a successful businessman and high achiever. Community was important in ‘The Shire’, particularly team sport. “Sutherland Shire was a fairly young area and really only started growing after WWII. Sporting clubs were real hubs for the community.”

Dransfield decided to enter the workforce straight after high school. “I went to the school of learning.” His first job was in a chartered accounting firm, performing external audit and tax work. External audit allowed him to get wide perspective across different businesses and industries. He liked the look of financial services. 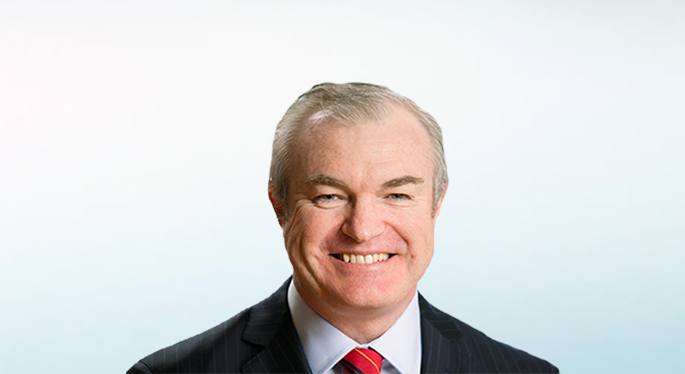 He joined local building society, St George, and went on to a long career in financial services and insurance, with senior roles at IAG, AMP and Suncorp.

He says he has been fortunate in his career to have great bosses who promoted him to roles that he believed he wasn’t ready for. “I’ve had bosses who have been prepared to back me and give me bigger jobs,” he says. “They gave me the space to learn and grow and fail, and if that was the case [failing], and then to pick myself up and move forward.”

Dransfield’s most recent executive role was CEO of Suncorp’s insurance business. His tenure coincided with the Hayne Royal Commission but also a string of natural disasters from 2018 to 2020, including the Townsville floods, violent hailstorms in Sydney and Melbourne, and the terrible bush fires of the summers of 2019 and 2020.

Dransfield remembers the Australian Defence Force choppering-in a small number of insurance assessors to the town of Mallacoota after its residents had all been evacuated to Melbourne and the town was still smouldering and inaccessible by road during the Black Summer bushfires, a move he says reflects the dedication of people to do a great job for their customers and the community.

The intense regulatory scrutiny on industry conduct during Hayne, and the need for Suncorp to deliver to customers at scale during the natural disasters, highlighted the vital role organisations played in the community.

“A very big thematic that came through the Hayne era was a focus on, not just obeying the ‘black letter’ of the law as you’re expected to, but also meeting community standards and expectations and trying to do what’s fair and what’s right.”

“A very big thematic that came through the Hayne era was a focus on, not just obeying the ‘black letter’ of the law as you’re expected to, but also meeting community standards and expectations and trying to do what’s fair and what’s right.”

Dransfield also sits on the board of The Australian Financial Complaints Authority (AFCA), which considers consumer complaints relating to financial services, including superannuation.

When it comes to ethical behaviour, he believes the super industry starts with a great advantage because of the central role of the member in the industry. “That’s an incredibly powerful place to be starting from in thinking about good conduct.”

But Dransfield says that no organisation, no piece of legislation, no system or no industry is ever perfect. “So you’re always on a journey to improve and there are areas in the superannuation system where I think policy makers and the industry recognise they can improve outcomes for members.” Dransfield says the best financial interest duty is a good example of recent policy collaboration.

After a long career in banking, insurance and wealth management, taking a role in superannuation as ASFA Chairman was a logical step.

“When you’re lending money to people, when you’re looking after their savings, when you’re protecting their lives and livelihoods or their properties and assets against loss through damage, there’s really, again, a common thread around care and concern for the resilience of people, businesses and communities.

“I think superannuation is just another logical plank to that because it’s just so fundamental to people’s ability to not only be resilient, but to have great dignity in retirement.”

An important time for the super industry

Dransfield joins the super industry after it has weathered an enormous wave of regulatory change. ASFA has played an effective role as the voice for the industry, he says, working with policy makers to ensure those changes deliver better outcomes for members, but in a way that allows funds to operate efficiently.

“Dr Michael Easson, as ASFA Chair, was a powerful influence in ensuring the full breadth of the super industry was represented in both the governance of ASFA and in its policy formulation and representations.”

In the lead up to the next Federal election, both major parties are yet to articulate their policies in relation to superannuation. “So it’s hard to say how much more is to come,” Dransfield says.

After a “really, really high tempo of regulatory change” the industry wants to get settled again and proactively find ways to improve their performance for stakeholders, rather than reacting to change, he says.

Throughout his career, Dransfield has had extensive experience dealing with policy makers. He was President of the Insurance Council of New Zealand during the Christchurch earthquakes. “It gave me a really deep sense of the way in which communities operate and how, in a commercial setting, you still need to work in a community-focused way.”

He was also President and Chair of the Insurance Council of Australia during after Hayne.

In those two roles he learnt to work with the government of the day’s policy intent. “You’ve got to respect the role policy makers have, whether it’s the politicians or officials in the likes of Treasury or regulators.”

Dransfield says it is vital the super industry continues to meet the original policy intent of delivering dignified retirements for Australians. But he notes there are “huge pools of money” sitting in super that will continue to grow strongly. “Those pools of money can be a real force in developing the nation,” he says. “Affordable housing and the renewable energy transition are areas that super funds are already playing roles in, and hopefully can continue.”

The right environment makes all the difference

At ASFA, Dransfield is keen to work with its “really capable” board, executive team and secretariat, to continue to promote great policy thinking, and work with policy makers to help improve the performance of the super system.

When it comes to his leadership style, Dransfield says he has always focused on building a great team and helping them flourish. “It’s not about the person who is the CEO or the Chair. It’s about the environment they create for everyone else. I like to talk less and listen more and make sure that I’m helping to create an environment where those people can all make a difference.”

“It’s not about the person who is the CEO or the Chair. It’s about the environment they create for everyone else. I like to talk less and listen more and make sure that I’m helping to create an environment where those people can all make a difference.”

Dransfield’s three children have grown up, so he has the capacity to take on new challenges like ASFA. With the kids off his hands, he also has more spare time for travel, movies, live performances and art.

Dransfield says he has always enjoyed working hard in his executive life, “If you like what you’re doing with work, it doesn’t feel like work. If you think it’s important work, and it’s interesting, then it kind of makes it easier to commit the time you need to be successful.”

He clearly views the super industry as important. “If I’ve been successful in my time at ASFA, it will still be a vibrant voice for the industry, well respected by all stakeholders for its policy contributions, a significant force in educating super practitioners, and effective in lifting community engagement with the super sector.”