DARREN WICKHAM, the new Head of Group Insurance at Zurich Life & Investments, is on a mission to ensure insurance is recognised for its important role in super, especially in its provision of death and disability benefits. Here he discusses the challenges facing insurance and, as a former Actuary of the Year and life-long ocean sports enthusiast, explains what surfing has to do with actuarial studies. By BEN POWER.

Darren Wickham grew up in Bayview listening to Midnight Oil and surfing at Narrabeen and Mona Vale beaches. He went to the local public school and his dad was a motor mechanic who owned and operated a small business. “It was a great place, I was very lucky to grow up there,” Wickham says.

But his parents and his grandparents showed him something particularly important: the power of superannuation. They had invested in superannuation before it was compulsory.

“I saw that small amount of savings made quite a difference to their lives in retirement,” he says. “I saw my grandmother yesterday, who is 98, and she’s still receiving her lifetime annuity from her super.”

It helped inspire Wickham to pursue a career in superannuation.

The other influence on Wickham’s decision to join super when he was leaving school was Paul Keating. “I was inspired by Keating, the debate around compulsory super, how it would make a difference to people’s lives in retirement, and how it would help build the country.”

But Wickham eventually realised that insurance was a key part of providing Australians with dignity in retirement, and he pivoted to the insurance industry. 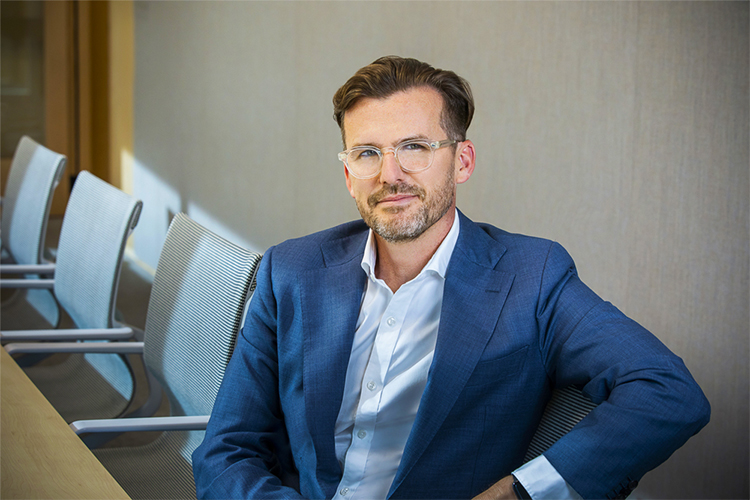 Recognising the difference insurance can make

Wickham was recently appointed Head of Group Insurance at Zurich Life & Investments, where his goal is to build the insurer’s Group Insurance business. But he is also on a broader mission to strongly advocate for the role of insurance in super, a role that has come increasingly under threat.

“There’s always improvements that can be made to the system to make sure that members are receiving the appropriate amount of cover and that it’s not unduly affecting their retirement balance,” Wickham says. “But I would like to make the case strongly that insurance plays an important role in the superannuation system and provision of death and disability benefits is an important purpose of super.”

“But I would like to make the case strongly that insurance plays an important role in the superannuation system and provision of death and disability benefits is an important purpose of super.”

Despite his surfer persona, Wickham was a “nerd” at school (“I’ve tried to suppress my inner nerd, but I’m out and proud now,” he says.) He loved maths and economics. So, helped by nudges from family members, he chose actuarial studies at Macquarie University.

Wickham says that, surprisingly, surfing and actuarial studies are linked. “Surfing is all about risk and taking calculated risk. And the fundamental job of actuaries is to help people understand and manage risk.”

At Macquarie he had outstanding lecturers including Mercer’s Dr David Knox, who reinforced a passion for super.

Wickham spent most of his career in superannuation, including roles at Watson Wyatt, Mellon and Mercer, where he became partner. “Mercer is an outstanding organisation – such an amazing depth of expertise in super,” he says.

One of his career highlights was being named Actuary of the Year in 2008/09. “That was really important to me because the actuarial profession is full of people I really respect.”

In 2007, Wickham had written a paper, ‘It’s time to abolish retirement’, which he presented to the Institute of Actuaries Australia convention in Christchurch, New Zealand. It argued that the traditional gold watch concept of retirement was becoming less relevant in a world where people are living longer and cycle in and out of employment.

The paper led to a career change. “It was the reason I moved from super to insurance. It made me realise that disability and caring for people who are disabled are some of the main reasons why people retire.”

“It made me realise that disability and caring for people who are disabled are some of the main reasons why people retire.”

More than a quarter of people retire due to disability or to care for someone with a disability, Wickham notes. “So it felt to me that this was a really important reason and function for superannuation: to facilitate people with disabilities to leave the workforce with dignity, because not everyone makes it to age 67.”

Wickham says workers in high-risk occupations are particularly prone to early retirement due to disability.

His first role in his new career was at TAL Australia as Head of Product and Pricing (Group Life), which he started in 2012.

The next year Group Insurance was hit by a crisis when super funds faced huge hikes in premiums. It was touch and go whether insurance would become unaffordable or not offered at all.

Wickham played a key role in helping stabilise the situation and keeping the product sustainable. “I was part of a team that developed product changes and commercial arrangements that didn’t overreact or underreact to the situation,” he says. “That helped keep insurance affordable for millions of Australians.”

That approach also paid off during COVID, which Wickham says was the “most important time in a generation for people to have insurance”. He believes super funds and insurers can be proud that they kept insurance going through COVID without any exclusions and also paying claims unanticipated by policies.

It’s Wickham’s approach to work-life balance that helps him weather stressful times such as the 2013 crisis and COVID-19. He has three children and each night he cooks for his family. Along with surfing, he has discovered the joys of ocean swimming, and is a regular at the Bold and Beautiful swim club, whose members swim one-and-a-half kilometres from Manly Beach to Shelley Beach and back.

“It’s almost like meditation; you’re breathing and you’re alone with your thoughts and nobody can send you text messages or emails. You’re just in a beautiful place—you see plenty of fish (occasionally sharks) because it’s a marine reserve there—and doing some exercise.”

“It’s almost like meditation; you’re breathing and you’re alone with your thoughts and nobody can send you text messages or emails. You’re just in a beautiful place—you see plenty of fish (occasionally sharks) because it’s a marine reserve there—and doing some exercise.”

Despite the move to insurance, Wickham maintains links with the super industry as a trustee director, first on TAL Super’s trustee board, then later as a trustee of the Mercer’s superannuation arrangements.

“It is an opportunity for me to bring my expertise and background to hopefully help with the board decisions and get the best outcome for members.”

At TAL Australia Wickham eventually became Executive General Manager of Group Life. But then in February 2021 he joined Zurich Life & Investments as Head of Group Insurance.

Wickham says the role provided a leadership opportunity with a fresh, new team that has a shared commitment to the social purpose of insurance.

“Zurich is a strong global brand; it’s a true multinational, and it has the depth of resources, innovation, a diversity of businesses (including wellbeing benefits reward platform LiveWell), and technology that it can bring to Australia.”

But he also saw an opportunity to help grow a business. “We’re a large player in retail but smaller in group insurance, and we’re very keen to grow using the strengths Zurich has.”

In June 2019 Zurich completed its acquisition of ANZ’s life insurance business, OnePath. Wickham says one of the reasons for the buy was to “very deliberately acquire a Group Insurance capability and skill that Zurich previously didn’t have in the Australian market”.

But Wickham comes into the position at a time when the role of insurance in superannuation is under a cloud. “There is a debate in Canberra about the role that insurance plays in super,” he says.

The Government’s Protecting Your Super legislation made a lot of sense and helped reduced multiple insurance premiums, Wickham says. But the Putting Members’ Interests First legislation (which requires funds to cancel insurance for members with balances less than $6,000) “is another story”.

“While it’s well intentioned the small balance rule has complicated the product quite a bit,” he says.

Wickham says that despite the question mark around insurance in super, Group Insurance provides world class value for money. He notes that 80 cents in the dollar of each premium goes to fund claims. Nearly 10 cents goes to governments in stamp duty and taxes, and the final 10 or more cents goes to the insurer for cost of capital and administration costs. “If you compare that to charity, a really outstanding charity returns 70 cents in the dollar to their end cause,” he says.

Wickham is passionate about claiming back the rightful role of insurance in super. That means being clear about this value for money. It also means battling the perception that people aren’t receiving their benefits. “Almost everyone who lodges a claim receives it. I think putting facts on the table is important.”

“Almost everyone who lodges a claim receives it. I think putting facts on the table is important.”

The Government has looked at legislation to enshrine the objective of superannuation, and Wickham believes the provision of death and disability benefits should be considered in the objective.

Wickham is also monitoring the debate around stapling and the Government’s Your Future, Your Super package. “I think the insurance world is still coming to grips with what the changes mean, and in particular with stapling,” Wickham says. “The way it’s proposed, there may be some impact on terms and conditions and how people are covered, particularly for those in hazardous occupations.”

The next big challenge

Wickham says his career journey will be complete when he succeeds in bringing health into the core of the insurance proposition; helping members engage with their super so they have the right level of insurance cover; and, ultimately, keeping insurance as a core part of the superannuation system.

Along with building Zurich’s Group Insurance business, it is an ambitious mission, but Wickham is used to challenging journeys.

He will take part in the 2021 Outback Car Trek on Saturday 5 June, an annual fundraising event that sees older-model 2WD vehicles trek on outback roads, to raise money for the Royal Flying Doctor Service. 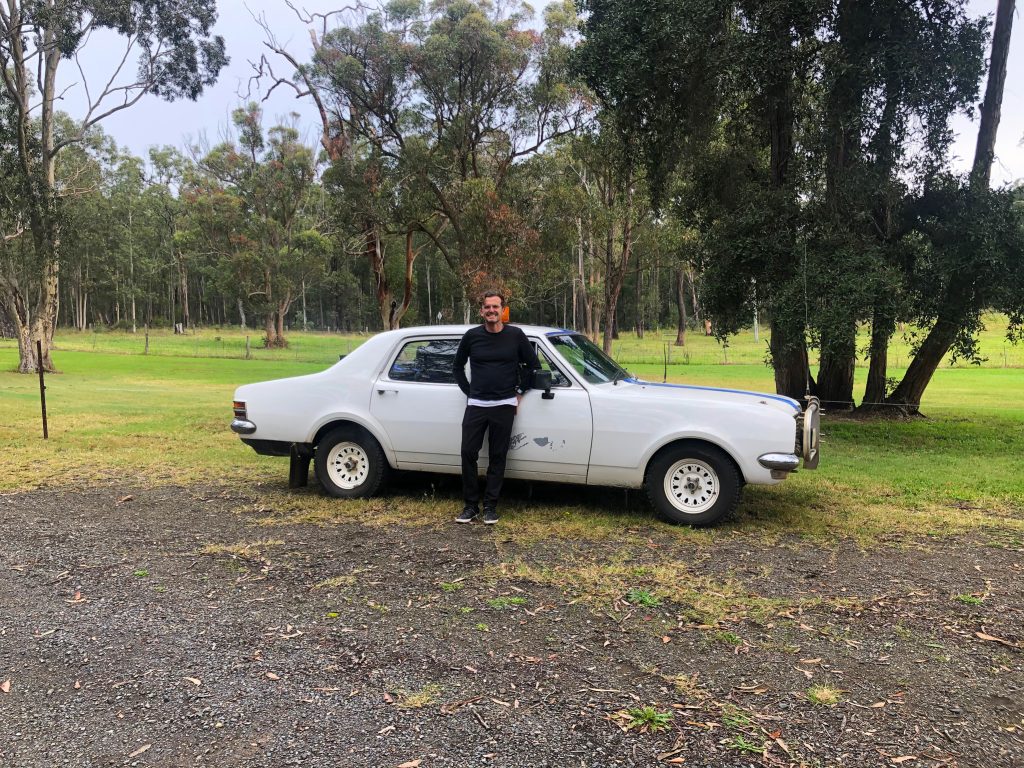 Wickham will drive a 1971 Holden Kingswood, mostly on dirt tracks, starting in West Wyalong, going as far west as Broken Hill, and finishing back on the coast.

“It’s an amazing cause, the Flying Doctors. They help people in rural and remote communities, helping not just with accidents but ongoing issues such as disability and mental health, as well as playing a key role in
indigenous communities.”

If the Trek is anything like Wickham’s career journey from modest beginnings on the Northern Beaches of Sydney, to becoming a leader in Australia’s Group Insurance industry, then it will no doubt be a success.