Pam McAlister, Superannuation Ombudsman at the Australian Financial Complaints Authority (AFCA) shares insights into their complaints handling process, and says funds can prepare themselves to handle the potential flood of COVID-19 related complaints by continuing to adopt a member-focused process. By BEN POWER.

When the global financial crisis hit back in 2007, Pam McAlister was working as a member of the Superannuation Complaints Tribunal (SCT).

Now as the first Superannuation Ombudsman at the Australian Financial Complaints Authority (AFCA)—the new financial complaints body that is replacing the Tribunal—McAlister is witnessing another crisis in the form of COVID-19.

“It is unprecedented,” she says. “Not only do we have the economic impacts we had arising out of the global financial crisis, but we have also got significant health impacts.”

AFCA remains focused on the longer-term game, including clearly articulating its stance around reasonable and fair behaviour.

But it has swung into action to respond to COVID-19 and boosted engagement with the industry and provided flexibility for firms and funds who are handling complaints in a challenging environment.

COVID-19 could trigger an avalanche of complaints around investment performance and insurance, and many funds are redeploying resources from elsewhere in their business to customer service and inquiries.

But McAlister says funds will be well placed if they build on the work they have done after the Royal Commission and continue to adopt a member-focused complaints-handling process. “When you’re responding to complaints, you really do have to see it with fresh eyes, from the complainant’s perspective,” she says. 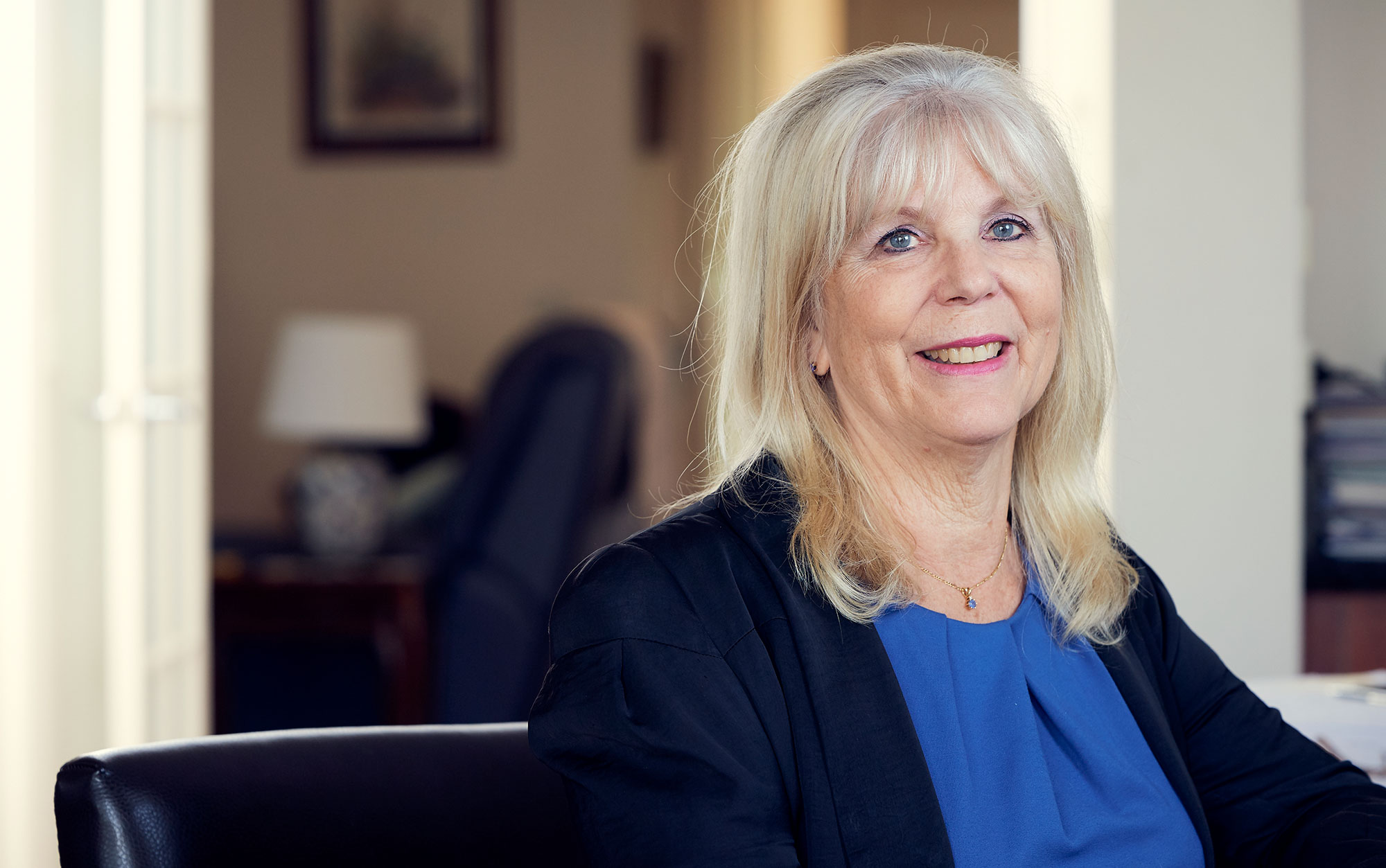 The journey to AFCA

McAlister was born in the United States but moved here when she was 11. Thirteen years later her parents returned to America but by that time McAlister had finished university and met her husband, so she decided to stay. “Australia is definitely home,” she says.

She has gone on to a long and successful career as a financial services and superannuation lawyer, including roles at ASIC, as an in-house general counsel, a period as an academic, and a member of the SCT, where she also sat on the advisory board.

AFCA was formed in 2018 after Professor Ian Ramsey’s report into Australia’s financial complaints system recommended a merger of the three complaints bodies – the Financial Ombudsman Service, the Credit and Investments Ombudsman, and the SCT – to create a new single external dispute resolution body for financial services and superannuation. (While the SCT is running out its current disputes, AFCA has been handling all new disputes since 1 November 2018.)

McAlister joined AFCA in April 2018 to help set up its superannuation jurisdiction, and at a point in her career when she felt she wanted to give back to the industry. She is passionate about dispute resolution, which she says reflects her earlier experience at the SCT. “For me, it does involve balancing the interests of the parties and trying to come to a fair solution,” she says. “That’s what appeals to me about it.”

AFCA’s scheme is inquisitorial. When someone brings a complaint, AFCA investigates. “If we can, we try to resolve it between parties by mutual agreement,” McAlister says. “We negotiate, we conciliate, we use any tools at our disposal to try and resolve the complaint by agreement.”

If a complaint isn’t resolved by agreement, it proceeds to determination. The determinations are binding on parties. But the parties can apply to the Federal Court if they feel AFCA has made an error in law. “That is unique to the super jurisdiction,” McAlister says. “In our general jurisdiction, our [AFCA’s] determinations are not immediately binding and there isn’t any automatic right of appeal.”

“For me, it does involve balancing the interests of the parties and trying to come to a fair solution,” she says. “That’s what appeals to me about it.”

Because legislation only came into effect in April, there are yet to be any complaints around Putting Members Interests First Legislation (PMIF).

But AFCA has received complaints in relation to Protecting Your Super (PYS), largely about premium increases. McAlister says, however, that AFCA is a dispute resolution scheme and not a price regulator, and it can’t consider complaints purely about the level of a charge. It can only consider complaints about disclosure or misrepresentation of charges, including insurance premiums, breaches of duty in applying the increased premium, and whether those increased premiums have been properly applied to a particular complainant’s account.

McAlister says that so far, when funds have changed insurance premiums, they were well disclosed. There haven’t been any breaches of duties or improper applications.

Under AFCA’s operational guidelines it can also consider whether the premium increase is unjustified. It wants to make sure the premium increases relate to the ‘protecting super’ initiatives or claims experience and are not just an excuse to increase premiums. But, again, McAlister says in every case to date, “the trustee has been able to show there were very good reasons for premium increases.”

COVID-19 has obviously significantly interrupted both AFCA’s and funds’ operations and processes. Many staff (including AFCA’s) are now working from home. AFCA has therefore modified its approach to take those challenges into account. “We are trying to be accommodative of the workplace changes and challenges that trustees are facing as a result of COVID-19,” McAlister says.

It has increased the time financial firms have to try to resolve complaints themselves from 21 days to 30 days. It has adopted a more facilitative approach to requests for extension of time. And AFCA will take into account the unprecedented circumstances that financial firms are currently operating in when considering any complaints that may arise, as well as any revised regulatory standards or guidance that may apply.

McAlister says in terms of post-COVID complaints, it is early days. “We are yet to determine whether there are going to be any different trends arising out of COVID-19. If it’s like the GFC, there may be complaints that arise about investment performance and market volatility,” she says.

In addition to investment performance, complaints may arise in relation to the Government’s early release of super measures in response to COVID-19, McAlister says, particularly if there is a delay in payment.

Members could also complain about income protection policies, which some members may mistakenly believe covers them for unemployment. AFCA has put a fact sheet on its website to help members understand that income protection protects workers when they can’t work because of a disability.

AFCA has also enhanced its engagement with the industry. It has convened a weekly catch-up with peak industry bodies, including ASFA, and AFCA’s top six trustee members. Those catch ups will continue through the pandemic. “It’s another way we’re trying to both be responsive and get ahead of the curve in terms of what might be coming to AFCA by way of complaints,” McAlister says.

So far, no distinct trends are emerging from the catch-ups. “The main issues at the moment have been adapting to the work from home environment and making sure funds can redeploy resources to service calls that are coming in,” McAlister says. “We haven’t yet seen those calls coming in translate into complaints. It’s early days in that sense.” 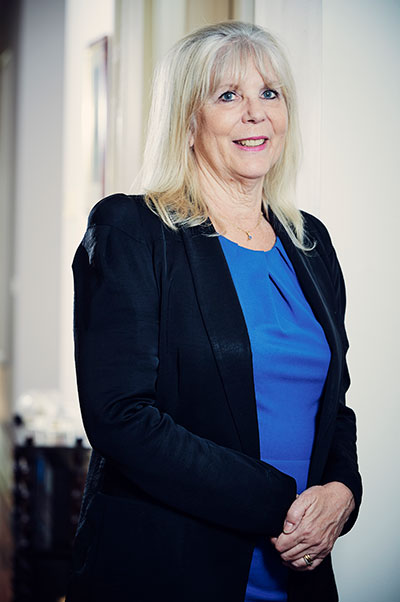 Certainty about what’s fair and reasonable

COVID-19 has interrupted one of AFCA’s most important programs, its Fairness Project.

AFCA is required to apply a ‘fair and reasonable test’: when it has to rule on a superannuation determination, it must assess whether a trustee’s decision operated fairly and reasonably in relation to the complainant in the circumstances.

McAlister says the Fairness Project is designed to provide certainty about how AFCA will assess what is fair and reasonable “so all stakeholders know what to expect”.

“Because fairness can sound like a subjective concept, we wanted to have our objective standard of fairness well understood for superannuation complaints.”

AFCA worked in partnership with the University of Melbourne who scanned Australia and overseas to look for other jurisdictions with a fairness test.

AFCA used the data to develop its fairness standard that focuses on four elements: fair treatment, fair dealing, fair service and fair remediation. “It spans the lifecycle of the relationship between a firm and its customer,” McAlister says.

AFCA then developed a tool that outlines the questions it would ask in trying to decide whether there had been fair treatment, fair dealing, fair service and fair remediation.

Its consultation on the tool and questions, however, has been suspended given the COVID-19 disruption. “We want to focus on supporting staff, our complainants and financial firms,” McAlister says. “But the project is really important and we will resume once we return to business as usual. We are also continuing to do some work in the background.”

McAlister says we can’t underestimate the challenge and impact of Covid-19 and “none of us knows what lies on the other side of that”.

Before COVID-19, McAlister says AFCA’s key message was the need for funds to look at a dispute from a complainant or member’s perspective.

McAlister says other initiatives at the regulatory level are also focused on outcomes for members, including APRA’s new member outcomes prudential standard, which are supported by a new covenant in the superannuation legislation; and ASIC’s new product design and distribution powers that require all financial firms to target products at consumer needs.

“When you look at those broader regulatory initiatives and look at AFCA too, which is very much focused on fairness in the operation of a trustee’s decision for a complainant, I do see a trend towards a more member focused model; and that would be my prediction.”

So, are funds making progress towards a more member-focused complaints process?

“Definitely. You can see super funds before COVID-19 were starting to look at those kinds of issues,” McAlister says. “Hopefully that’s what will come out at the tail end of all of this, that they will resume that work.”

But there is room for improvement.

McAlister says that, purely from a complaints perspective, there needs to be more resources and “differently skilled” resources at the internal dispute resolution level.

“Sometimes even an apology can make a difference to a frustrated fund member.”

“There is a skill set in complaints-handling,” she adds. “We recruit for that ourselves within AFCA. So the more people that can get on the phone and communicate with a complainant and really hear what they’re saying, the more complaints that will be resolved at that level, and won’t therefore escalate and need external dispute resolution.”

McAlister says that superannuation is inherently complex “so explaining things in plain language and providing clear reasons when the outcome is not what the fund member wants are also both important”.

And there is another simple tool that can help resolve complaints. “Sometimes even an apology can make a difference to a frustrated fund member.”

Someone once told McAlister she would know she had succeeded in her role when no more complaints were coming into AFCA. That’s an unlikely scenario, of course; but with more funds adopting a member-focused approach to complaints, a trend that began after the Royal Commission and that should only be reinforced in the current crisis, there are strong grounds for optimism.