Kelly Power, General Manager Product, Marketing and Remediation at Colonial First State (CFS) is also a keen wordsmith passionate about how the superannuation industry can improve its communication with members and the public. By BEN POWER.

When Kelly Power was growing up in Merrylands in Western Sydney, she was a keen reader and she dreamed of penning great children’s books in the vein of JK Rowling’s Harry Potter series.

She specialised in creative writing during her Bachelor of Communications at the University of Technology Sydney (UTS). “But it didn’t turn out that way [becoming a famous author],” she says.

Instead, Power put aside her author dreams and forged a highly successful career in superannuation. She is currently in a senior role at retail funds giant Colonial First State (CFS) as General Manager of Product, Marketing and Remediation. She also recently joined the ASFA board in November 2019 (representing retail funds).

The wordsmith, however, is still alive. So, while Power is focused on driving better outcomes for the CFS business and its members, she has another mission. She wants to combine her clout and her passion for words, to help the superannuation industry improve the way it communicates with members and the broader public.

“We have got a long way to go in making super understandable for people,” she says. “How do we really turn complex themes into something that’s simple and something that can engage people in when they’re ready? Given my background that is a challenge I would really like to take on.”

One day she attended a meeting with funds manager BT. “I went to their beautiful offices and met with some of the executives and saw how they were applying some of the work the Ethics Centre did.”

She was hooked, and when she graduated a year later, she started at BT as a marketing assistant, drafting product disclosure statements, annual reports and marketing material. “I was 20 years old and had no real understanding of what was going on in the superannuation industry,” she says.

But Power began applying her writing and communication skills that she’d honed at university. She turned it into a challenge: how could she take something as complex as superannuation and turn it into something that people could more easily understand and digest? “It was actually a real advantage coming into the industry cold.”

The road to Colonial First State

Power has spent the rest of her career in super, gradually taking on more technical roles as she grew up with the industry. She worked in product roles at BT, MLC and Asgard. Then when St George merged with Westpac, she ended up back at BT, eventually as Head of Platforms.

CFS, which is owned by the Commonwealth Bank, has $150 billion of funds under management and 1.1 million members across super and non-super. As General Manager of Product, Power is responsible for managing and developing the future of CFS’s products, including the FirstChoice and FirstWrap platforms. 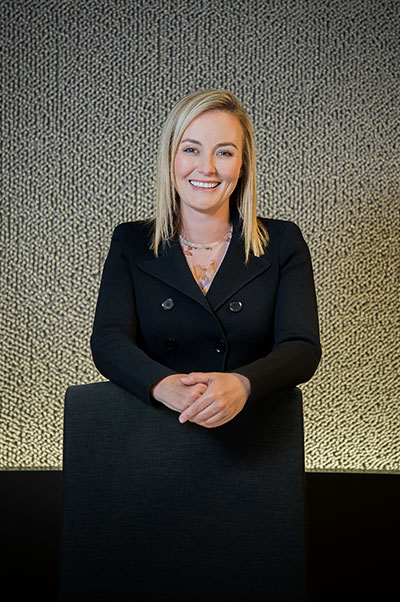 When she began at CFS, her bosses gave her a blank slate. “There wasn’t a defined roadmap of what that [the future of the products] was going to look like,” she says. “Really that was up to me to design.”

But her mission is essentially to simplify and strengthen the business and improve outcomes for members. That means lower fees, improved services, better systems and an enhanced experience across all channels.

Power has taken action. She is closing a range of legacy products, starting with cash trusts. She has also been a part of the significant investment in CFS’s core technology and digital capability to improve how members and advisers interact with the fund through different channels. And she has slashed fees for 500,000 members across the FirstChoice Wholesale platform, FirstChoice Employer Super and FirstWrap Plus platform.

Power says CFS has always prided themselves on having one of the most competitive super funds, particularly across managed fund portfolios. “We wanted to ensure we maintain that position,” she says. “The fee cuts were evidence of us continuing to live up to that commitment to both our members and advisers.”

In 2019, Power’s role title was expanded to include Remediation, overseeing CFS’s implementation of the Royal Commission’s recommendations. Power says restoring trust in both the system and CFS is a real priority for the business.

But restoring trust is not just about implementing the report’s recommendations. “It’s also about reflecting on what brought us to this point and making sure we’re improving our business as well,” she says.

The Royal Commission has also been a time for her to reflect personally. “Every super industry executive should have read the report and have been reflecting and thinking about what they can do to improve,” Power says.

Being the custodian and the holder of someone else’s money is something that I take really seriously. I just don’t want to ever lose sight of that.

Power has taken on the expanded role (which also includes marketing of CFS’s products) despite being mother of three young children. [When she spoke with Superfunds, she was at home nursing her daughter who had developed pneumonia.]

Power says she has always found the concept of work/life balance challenging, particularly early in her career. She had her first daughter at just 25. “I really struggled with the concept of mother guilt. I was beating myself up not being able to go to mothers’ group catch ups, or kindy gym, and thinking my daughter was missing out. I’d cry when I dropped her off at day care.”

But it has been a different experience a decade later with her third daughter, now five. Power says she has learnt it’s better to be a strong role model for her girls. “They’re independent; they’re really ambitious. I have beautiful relationships with them despite working full time. They like to Google me and look at what I’ve done. They read about what I do, and they tell me they’re proud.”

“I don’t get caught up about being the perfect mother, the perfect leader and having perfect balance,” she adds. “I’m open about my limitations and share them openly. It’s about quality time and being in the moment when I have the moment; trying not to be distracted.”

I don’t get caught up about being the perfect mother, the perfect leader and having perfect balance. I’m open about my limitations and share them openly. It’s about quality time and being in the moment when I have the moment; trying not to be distracted.

Power says she once heard a presenter explain a useful metaphor: everyone has balls in the air at any one time. Some are ‘rubber’ balls; others are ‘glass’. “You can let the rubber ones drop and bounce; but don’t let the glass one’s break. That’s how I look at things. Having a daughter with pneumonia is something I need to focus on today so that’s my priority.”

Despite the twin challenges of family and work, Power has, however, had time to take on a personal challenge: last year she ran her first half marathon. “Some people are natural runners, like gazelles. But I’m not one of those people. I felt every step of that half marathon. It was a real challenge for me.”

Power says superannuation is a great system and has been a great industry to forge a career in. But when she casts her eye over the broader outlook, she sees the industry can keep improving, particularly in three key areas.

The first area of focus is obviously restoring trust in the system and continuing to implement the recommendations stemming from the Royal Commission.

The second is retirement income, particularly in light of the Retirement Income Review. She says the industry needs to unite in creating a system that provides Australians with a dignified and comfortable retirement.

CFS supports the legislated rise in the Super Guarantee from 9 per cent to 12 per cent, a move that has generated some opposition. “That is very important and something we have long advocated for,” she says. “The increase will enable more retirees to attain a comfortable retirement lifestyle, with adequate savings to help them retire happy.”

CFS also supports the Productivity Commission’s recommendation of a top-10 best in show default fund list. “We broadly support that,” Power says. “Not necessarily ten. But we support a merit-based approach based on a really strong competitive market.”

But Power believes one of the most important areas where the industry can improve is communicating meaningfully with members so they have a good understanding of super. “I can’t name the number of times friends and family have come to me asking me for help. What should I do in this scenario, what does this mean?”

She believes clear communication is an important response to the Royal Commission. Power says a key part CFS’s own response has been to make sure its reports, statements and communication are clearer. “That’s obviously very close to my heart given my background,” Power says.

So how does the industry and funds communicate better?

Power says both the industry and individual funds need to focus on communicating clearly and simply every single time they interact with a member. “I do see people come to me and ask about transitioning to retirements, annuities versus account-based pensions. It’s really about being able to provide people with that help and guidance.”

Power says CFS itself is providing proactive support to its members through a range of educational tools and articles to help them understand their superannuation, retirement and investment needs and navigate the changing landscape.

CFS’s member-facing staff have also been given conversation tools to explain financial concepts clearly and simply. And Power says the fund is also working closely with financial advisers who can provide personal advice based on member needs and preferences. 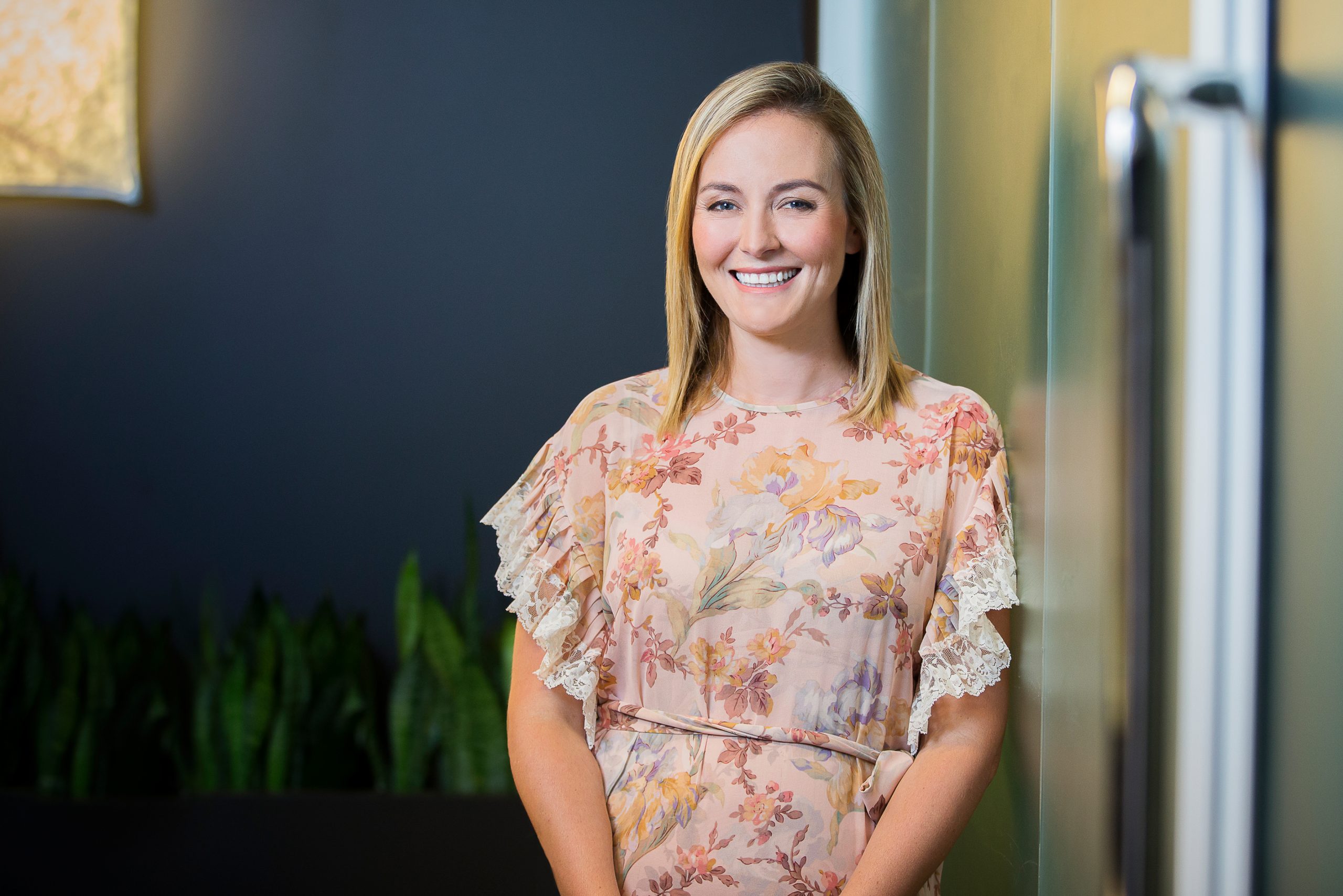 What’s on the horizon

For 2020, Power is focused on CFS’s Royal Commission response. But she is also innovating and growing the business. That means further improving products, services and systems; and continuing to invest back into the business.

“It’s quite clear what we need to do to have one of the best super funds in the market; we’re actively working to implement changes that need to be made,” she says.

Power is also looking to cut fees further. Following the fee reductions for First Choice and First Wrap products, she is looking to make pricing changes across the remainder of the fund’s products.

Power says she has “totally let go” of her childhood writing dreams. At least for the moment. “I’m juggling a lot of balls. It’s just one I’m not picking up to juggle at the moment. Maybe one day when the kids are older and I have more time.”

In the meantime, she will focus her creative energies on simplifying and strengthening the CFS business, improving outcomes for members, and above all communicating clearly the benefits of superannuation.