Growing up in suburban Melbourne, Sue Dahn was forced to develop financial skills early as the only child of German migrants who had limited English.

“I became a semi-financial adviser even as a child because I was expected to translate,” she recalls. “I got involved doing tax returns at the kitchen table.”

Dahn, a partner and executive director at Pitcher Partners in Melbourne, has leveraged that early experience to become one of the most successful financial planners in Australia.

But alongside her advisory work, Dahn has also forged a career as a director of major superannuation funds, including MTAA Super where she has helped drive a major turnaround in the fund’s investment performance.

Alongside her advisory work, Dahn has also forged a career as a director of major superannuation funds, including MTAA Super where she has helped drive a major turnaround in the fund’s investment performance.

The dual career has given Dahn rare insights into the super industry, at a time when the industry faces renewed scrutiny and change.

Dahn says that funds have a big opportunity to develop and deepen their relationships with members, and leverage those relationships to expand the services they offer to members.

“It’s about long-term relationships,” she says. “The mission of good super funds is quite similar to that [of a financial planner] – to be a trusted financial partner.”

But Dahn also has a warning for super funds and their members: they need to brace for a significant fall in the outlook for investment returns.

“We’re going into another quite tough five-year period which will require people to adjust expectations and plans,” she says.

Making her way in the finance world

At school, Dahn studied her first loves – history and literature. But she was also fascinated with how the world worked, so she added politics and economics.

When choosing her university major, Dahn’s focus was on getting a job when she graduated. Together with economics and finance, she majored in accounting during her Commerce degree at Melbourne University.

“It was very clear I was going to have to make my own way in the world,” she says. “I thought accounting was dull but might lead to a job.”

In 1981, Dahn joined big six firm Arthur Andersen. “I was right,” she says. “Accounting was dull. I didn’t stick around.”

Dahn transferred to the Victorian public service, with stints at the Victorian Auditor General’s Office, Department of Premier and Cabinet and the Department of Treasury and Finance. “I gained brilliant experience and training there; in many ways far better than the private sector,” she says.

During her time in the public service she also completed an MBA at the Melbourne Business School.

Dahn was exposed to the superannuation industry when she worked on Victoria’s Commission of Audit in the early 1990s. During a Williamson Community Leadership Forum, an immersive leadership program, she became fascinated by the transformative potential of superannuation.

Financial adviser as a vocation

In 1994 Dahn had an epiphany: she wanted to be a completely independent, fee-only, client-centric, conflict-free financial adviser. (Dahn had completed FINSIA’s Graduate Diploma in Applied Finance and Investment while at Victorian Treasury.)

Pitcher Partners backed her vision and in 1998 she joined the mid-tier accounting firm. “I was very grateful to Pitcher Partners for giving me that opportunity to develop that [my adviser] career.”

Dahn says the Advisory practice’s success is based on “letting the service speak for itself”. The service is “radically transparent, simple, client-centric”.

But she says it took eight to nine years of slow growth to reach $1 billion of funds under management or advice. Then the GFC struck. Rather than damaging the practice, inflows surged, doubling to $2 billion in just two years. Word of mouth drove the rapid growth. “We protected people’s money in the GFC, for which clients were incredibly grateful; they told all their friends.”

In June prestigious US financial publication Barron’s crowned Dahn Australia’s top financial adviser in Australia for 2019, in rankings carried out for The Australian newspaper. Dahn also became the first woman to top the rankings since they began three years ago.

Dahn says the success of Pitcher’s advisory practice has been built on founder Ron Pitcher’s notion that ‘if you do great work you will have a great business’.

A highlight of her advice career, she says, is the close respect and relationships she builds with clients: getting asked to be executor of people’s estates or a co-trustee of a trust; and receiving letters from children saying how grateful their parents had been for the advice they received from Dahn.

A highlight of her advice career, she says, is the close respect and relationships she builds with clients.

But that early exposure to super through the Commission of Audit also opened up a parallel career. Dahn says she had bought into the vision of building a collective savings vehicle through Australia’s superannuation system. ;“Why shouldn’t all working people be able to invest as if they were institutions?” she says.

In 2001 she was invited to join the board of ESSSuper, which covers emergency services and Victorian Government employees, as a non-executive director and chair of the investment committee.

She spent nine years on the ESS board, then joined public sector fund AGEST Super as non-executive director and Chair of the Investment Committee. Dahn also spent five years as Deputy President and Chair of the Finance and Audit Committee of the Australian Council of Super Investors (ACSI).

Restructuring, merging and other insights

MTAA Super struck a challenging period during the GFC when its illiquid, unlisted-asset-heavy investment strategy led to a $1.7 billion loss and a plunge to worst performing status from 2009 to 2013. The performance prompted regulator APRA to investigate the fund.

As part of a governance and board overhaul, former Victorian Premier John Brumby was appointed Chairman in 2011, and a new Chief Executive, Leeanne Turner, was installed. Dahn joined the board as an independent director in 2012.

For the first few years, Dahn helped oversee a major restructure of the fund, including its investment strategy. “We had to do a major overhaul of the fund’s balance sheet to ensure we aligned assets of the funds with its cash flows,” she says.

The turnaround has been a major success. The fund’s balanced option has been the fifth-best performing super fund over the most recent five-year period, generating a return of 9.1 per cent, according to SuperRatings. “The fund continues to invest heavily in unlisted assets but with heightened risk management and monitoring,” Dahn says.

Both ESS and AGEST Super merged while Dahn was a director.

ESS merged with government super fund, the Government Superannuation Office (GSO), blending a closed defined benefit (DB) fund with an open DB fund, which Dahn says made it much more sustainable. And in 2012, AGEST merged with AustralianSuper. (MTAA has also announced it has signed a memorandum of understanding with Tasplan to investigate a possible merger of two funds.)

As an adviser herself, Dahn says super funds are generally doing a pretty good job at providing advice, but sometimes the “advice is overdone and therefore not of value to the member”.

The funds that are succeeding provide a modular, member-driven menu of advice that members can draw on when they wish, and is cost effective, she says. The modules provide answers to straight-forward questions that don’t need a full financial plan, such as whether or not to switch a fund to pension mode. 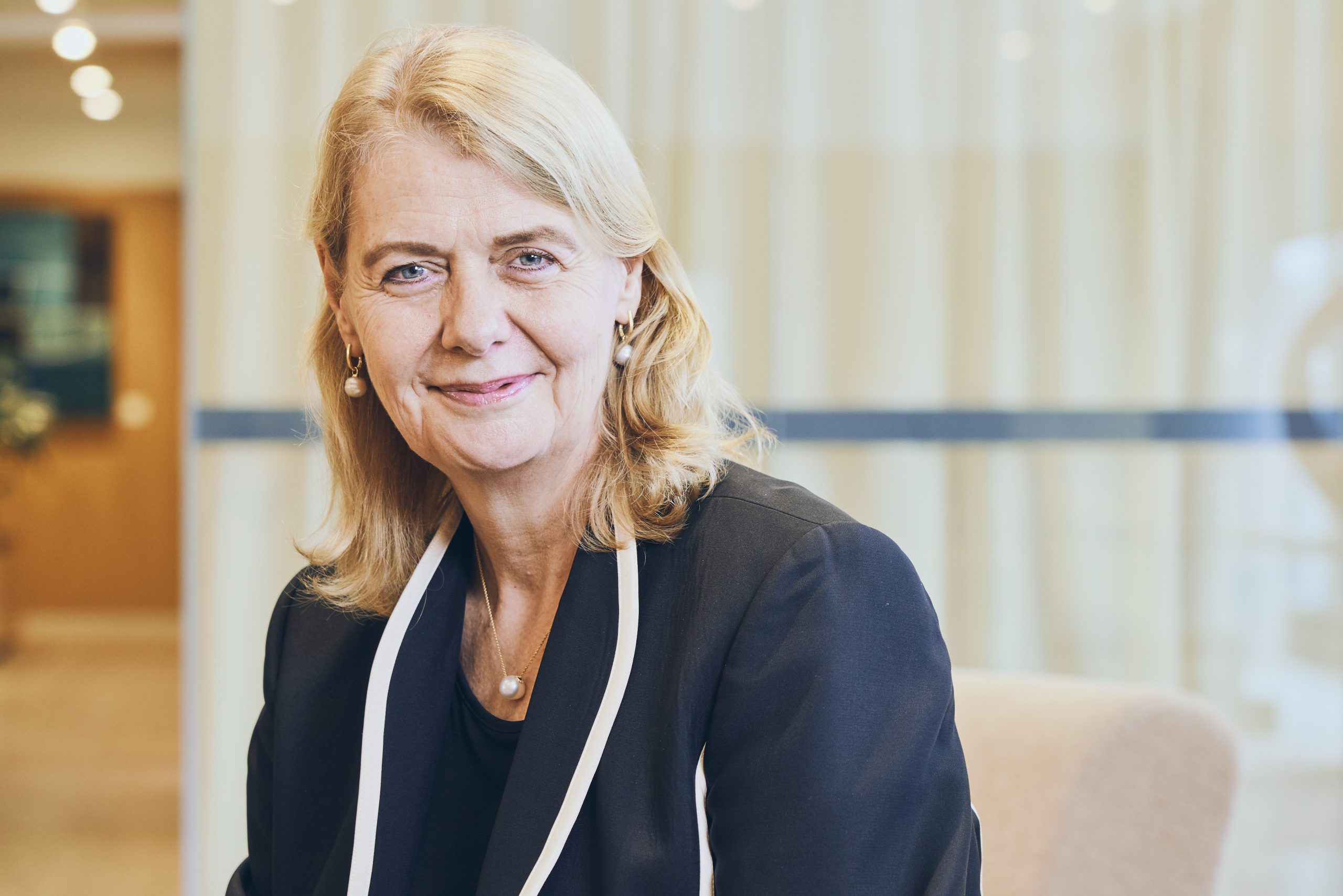 Predictions and challenges ahead

Dahn says she could see a future where funds increasingly leverage their long-term relationships with members. Depending on how regulations accommodate it, that could see super funds extend their offerings to provide more services in financial, including a broader suite of products and services to retired members. She says that is particularly the case in the industry super space given their trusted brands.

Despite these opportunities, Dahn says a major challenge for the industry is the constant changing of rules. “The constant changing of super rules is a real negative for brand super,” she says. “Every government and every politician says they’re not going to change the rules, then they do. That’s a big issue and until we get to a period where we don’t change the rules and let things stabilise that will continue to be an issue.”

The introduction of choice has been a double-edged sword, she says. It has provided some people, mostly self-directed and informed investors, with some opportunity. “But the big point of collective savings and investment was to help people who either don’t wish to or can’t readily make those decisions for themselves,” she says. “Choice has added to the cost base for everybody whether they use it or not. There is a question mark about whether choice is a good thing for the super industry or not.”

Dahn says another major challenge for the industry will be lower returns.

Dahn’s dual career has given her a broad perspective on investment markets. She says markets are entering a challenging period where low or no economic growth will crimp returns.“

She says that equities and bonds are trading at record highs, and the investment cycle is already overextended. Global growth is weakening and corporate profits are faltering. Monetary policy has already reached its accommodative limits – that is, central banks can’t cut rates further or roll out more quantitative easing (QE).

But in the lead up to the US Federal election in 2020, politicians and policymakers will collaborate to extend the cycle further, Dahn believes.

But despite that, the cycle will finish.

“At some point, this growth cycle ends; it can’t be funded endlessly by monetary authorities who have run out of ammunition and governments who are indebted to the ceiling.”

Dahn recently wrote that the probability of a US recession in the next four quarters sits between a quarter and a third, and investors should position portfolios to withstand a recession post-November 2020.

Dahn says super investors will need to get used to a long period of far lower returns. “8-10 per cent returns for savings in super won’t be the norm,” she says.

Helping others to pursue their goals

Dahn is also active outside super and financial advice. She is a director and sits on the investment committee of a number of organisations, including AIA Australia, Trinity College at Melbourne University, and the Australian Communities Foundation.

Between all her roles, “I don’t really have a lot of spare time,” she says, adding she spends time with friends and family, as well as travelling and watching shows at the movies and theatre.

When it comes to her own career, Dahn says she has been fortunate enough to achieve a lot, work with great people and achieve personal recognition.

She wants to keep working, in super and financial advice, for at least another three to five years. “But I want to help others rather than pursue things on my own.

“I was lucky to have fantastic people who mentored me,” she says. “I’d like now to return that gift to others. I don’t have a milestone I need to achieve personally; I’d like to help others achieve.”