It’s difficult to imagine now, but there was a time when women had to resign as permanent teachers when they married. And consequently, they lost access to super.

Although that had changed shortly before Anne-Marie Corboy began her career as a primary school teacher, she found women still faced structural disadvantages in super.

Corboy imagined an even better outcome for women, and along with a strong sense of social justice, the mission to achieve that drove her success as the reform-minded CEO of HESTA.

Although she has now left HESTA and full-time work, she remains active in the industry, in July becoming Chair of corporate fund, TelstraSuper.

Despite her hard-fought wins, Corboy still finds that women lag men when it comes to super. She lauds the industry she has spent so much time in, but Corboy wants industry to complete its journey towards total equality between men and women.

“There still needs to be structural changes to make up that gap for women and superannuation,” she says.

She lauds the industry she has spent so much time in, but Corboy wants industry to complete its journey towards total equality between men and women.

Ambition and a sense of social justice

It was through teaching that Corboy became exposed to superannuation.

She grew up in the outer suburbs of Melbourne. Her parents instilled in her a belief that she could achieve anything. But ambition was tempered with a strong sense of social justice, instilled by Sister Gabriel Jennings at Mt Lilydale College in the outer Eastern suburb of Lilydale in Melbourne. “Sister Gabriel was particularly influential in shaping me as a person and moulding my sense of social justice,” Corboy says.

As a teacher, Corboy became involved in the Victorian Teachers Union (VTU). In that role, she helped rectify some of the structural disadvantages women faced in super. One of the big achievements was the 3 per cent productivity improvements to the public sector schemes in Victoria. It provided a greater benefit on resignation and removed some of the discriminatory aspects relating to service recognition and medical classification.

But Corboy believed more needed to be done and decided to move into super full-time. In 1997 she did not nominate for her position at the AEU and the next year was appointed HESTA CEO.

As Branch Secretary of the AEU, she had developed deep management experience in running the largest union in the state with 100 staff and six offices. Her role also encompassed building management (the union owned its own premises), financial management and personnel management. “It was essentially running a medium-size business, so I had all the business acumen you needed to run a super fund.”

The benefit of a teaching background

During her 17 years as CEO at HESTA, Corboy is proud she helped engender a member-first culture that was also open and collaborative.

The fund was also a pioneer in the ESG space, becoming the first to introduce a socially responsible investment option in 2000, and also in voting proxies – something many funds were not doing at the time. And a major highlight was when Corboy addressed a UN Forum on Climate Change in 2014 on behalf of global investors.

But Corboy also kept her focus on driving better outcomes for women, both in super and the workplace. “I’m proud that we improved the retirement incomes for many lower-paid women,” she says. “We also showed there were no barriers to appointing women to senior roles, both as directors and executives.”

Corboy says the super industry has matured a lot. “You’d expect that over 20 years,” she says.

But she challenges the notion that super is facing a lot of change relative to the past. “I don’t know about that. It’s always been a changing industry,” she says. “With growth in any area comes more structure, regulation, compliance-type issues – I think that’s just a given in any industry that grows.”

The power of family and role models

When Corboy left HESTA in 2015, she moved to Newcastle where her daughter and grandchildren live. She says family has always played a big part in her social activities.

Corboy not only forged a high-powered career, but also had two children. She says she tried to lead by example to make it easier for female colleagues to manage the competing demands. “Though I haven’t been universally successful.”

Corboy always took her annual leave and encouraged staff to put family events first. “That should be a priority,” she says. “If senior people show leadership in this area it is much easier for others in the organisation to follow that lead.”

During her career, there were few women role models. Early influences, however, were Mary Kelly, the former President of the Queensland Teachers Union; Di Foggo, former President of the AEU; former Premier of Victoria Joan Kirner; and super industry pioneer, Mavis Robertson. “All these women demonstrated how you can keep your values in the face of adversity and opposition.”

But Corboy says women typically turned to ‘collegiate mentoring’ where colleagues, friends and family worked through issues together and encouraged each other to take on leadership roles.

Despite her move north, Corboy remains a Collingwood fan – both netball and football. She has used her sports governance skills, as Director and Chair of Netball Australia, Trustee with the MCG Trust, and director of the Australian Commonwealth Games Foundation.

Corboy now has a suite of non-executive roles; she sits on the investment committee of the Australian Commonwealth Games Foundation, is a director of Bank Australia, and deputy chair of the Ovarian Cancer Research Foundation.

But through TelstraSuper she has chosen to keep her hand in superannuation. 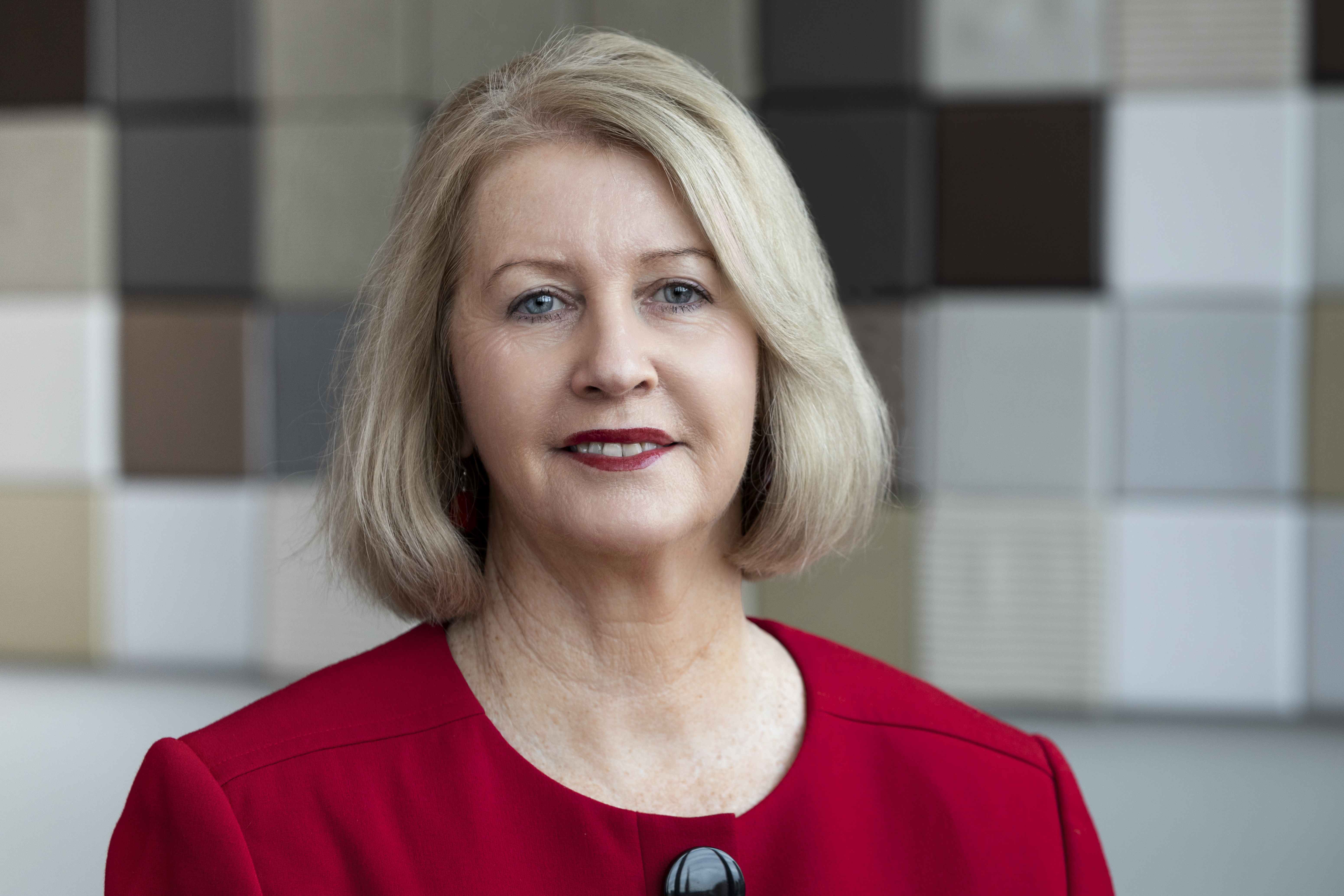 The journey back to super

Corboy says she accepted the TelstraSuper role because the fund is highly regarded, well performing, and a profit-for-member fund. “I was really pleased to join it. It was a change from an industry fund, but a lot of things are the same.”

She’s only been in the role for three months and says it is too early to comment on her goals and strategy.

TelstraSuper has $22 billion of funds under management, putting it in the top 25 of funds based on size. “We’re not a minnow,” Corboy says. “But obviously growth to all funds is an important factor for consideration.”

Corboy joins the corporate sector at a time when the number of corporate funds has shrunk considerably to just 20.

When asked about the ongoing role of corporate funds, she says it is wrong to lump corporate funds together. “They have different pathways for coming into being, and different propositions for each one. I don’t think there’s a blanket rule around what may, or should, happen.”

But she says a well-run corporate fund does have a future. “There is a role for super funds provided they can continue to provide the best outcomes for their members. That’s across the board, it’s not just corporates.”

Corboy says Australia’s super system is envied around the world. “We should be proud of that and not afraid of meeting the challenges as we continue to grow and mature.”

Corboy says Australia’s super system is envied around the world. “We should be proud of that and not afraid of meeting the challenges as we continue to grow and mature.”

Super has also had a positive impact on the broader economy. She notes the super industry helped Australia through the GFC. And super has also become a strong force for social change, with good work being done in ESG areas such as climate change and modern slavery, as well as the emphasis on renewables.

People want to join, invest in and deal with organisations that have a “values base”, Corboy says, and super can continue to play an important role in society by being values-based organisations themselves, but also encouraging companies they invest in to do the same.

Corboy wants the industry to talk more about its positive impacts. “There is a lot of comment and press about how super is too complex,” she says.

Super is a simple journey, though, Corboy says, where an employer contributes part of the employees’ wage entitlement. Those savings are invested. At retirement, you decide to take that money as a lump sum or income stream. “That’s not complex,” she says. “There is some complexity around investment choice and investing in retirement. But a good adviser will assist in that.”

“We should talk about how the majority go through the super journey,” she adds. “We tend to talk about the minority—high-income earners and those at the edges—not the majority.  It can be told in a way that makes sense and doesn’t bamboozle people.”

But despite all this success, and despite, definite progress since compulsory super was introduced there is still work to be finished on the issue that brought Corboy into the industry: women and superannuation.

Women still have less super then men on average. According to Women in Super, women currently retire with 47 per cent less super than men but live five years longer on average.

Corboy says there are two issues. The first is the ongoing wages gap where women earn less than men. “That is a broader issue than just super, but it obviously impacts women’s retirement incomes.”

Women also tend to take more time out from the workforce than men. “Until we make some social changes where there is greater sharing of parenting responsibilities, that will stay. Women are going to still be the ones whose careers are interrupted for child rearing. We need to look at public policy positions that can address that.”

Corboy notes that Women in Super has developed a five-point plan to develop a fairer system for women and low-income earners. That includes paying the super guaranteed on the government paid parent scheme, requiring Government to publish a gender impact statement for any changes to the Age Pension or retirement policy, and for the Workplace Gender Equality Agency to track the women’s retirement gap.

Corboy particularly wants the $450 a month threshold removed (another of the five-point plan). An employer only has to contribute to super if they pay an employee more than $450 a month.

“That just has to go,” she says. “It so works against casual workers. People can be working for three different employers in casual jobs and because they don’t meet the threshold, they don’t get super. And a large proportion of casual workers are women.”

If the super gap can be closed, there is a sense that Corboy’s mission will be complete – building on the success that Australia’s super system has achieved in the two decades since she joined.