With super funds consolidating, Cahill warns that what happened in the banking industry—a lack of competition—could happen in superannuation if small funds keep disappearing or are forced to merge for the wrong reasons.

“Look at the bank industry as a template. All the sins of banks are because we have got four big gorillas, minimal competition and poor governance structures.”

Cahill, who took over NESS Super in December 2017, wants government to assist small funds. But he’s not holding out hope. So, he is now on a mission to prove that a smaller fund can compete and deliver superior value for members.

To ensure NESS’s survival, he’s modernising the fund: insourcing key activities; but above all personalising member services to engage even more deeply with his electrician members and gain a competitive advantage over larger players.

What I’m trying to do with NESS is to show that a small fund, if well run, has a place to play in the future.

An unplanned journey into super

Cahill’s entry into superannuation was anything but planned.

He grew up in Canberra where his mother worked in a financial planning office, which helped Cahill develop an early interest in investing. “It had a degree of logic and made sense to me,” he says. “It fitted well with my way of thinking at the time.”

He decided to forge a career in finance and completed a finance degree at Melbourne’s Deakin University, graduating in 1992.

But he ran smack bang into Keating’s “recession we had to have”, the sharp economic downturn of the early 1990s that saw official interest rates peak at 17.5 per cent and unemployment surge to 10.8 per cent.

“We were fresh-faced, brand-new graduates and we thought we could take on the world. But we were scrabbling for any job we could get.”

Cahill wanted a graduate position in investments, banking or stockbroking. But most had been shut down during the recession. “They usually took hundreds, but when I graduated, they weren’t taking any.”

His first job after university was a midnight-to-dawn shift at a service station in Yass. He then became a night auditor at a five-star hotel in Canberra, before securing a casual position at the Insurance and Superannuation Commission (ISC), the precursor to APRA.

Then Cahill finally had some luck. He saw an ad for an administration officer at the Australian Meat Industry Superannuation Trust (AMIST), which he joined in 1992 as a 22-year-old.

Superannuation at the time, “wasn’t on the radar”, Cahill says. The Superannuation Guarantee, compulsory super paid by employers, had only been introduced in 1991. “To say I got in on the ground floor would be an understatement.”

At 26, he became AMIST’s fund secretary, probably the youngest CEO of a super fund at the time. “The board saw I worked hard and took the job seriously and had a bit of promise. I put the fund’s needs before everything else; they appreciated my whole ethic.”

He stayed at AMIST for 15 years, then became CEO of club industry super fund, Club Plus Super, for almost a decade. In 2017, Cahill was briefly CEO of Western Australian super fund, Concept One Super, driving through its merger with WA Super. 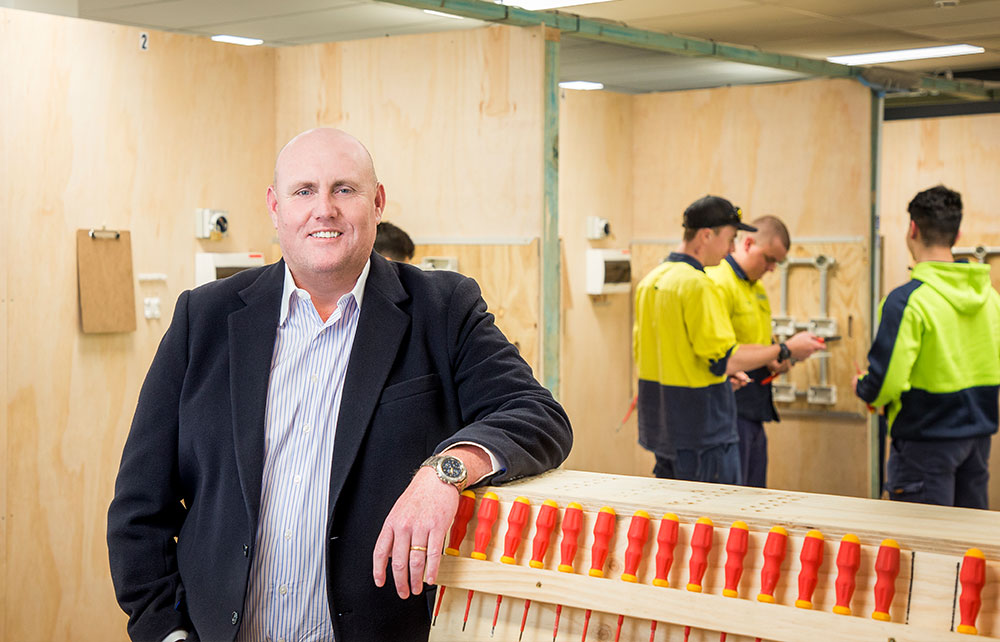 Cahill is proud that the funds where he completed long stints as CEO—AMIST and Club Plus—“are still in existence”.

The key to their survival, he says, has been a relentless focus on the member. “They were very well engineered and designed to put the member needs first, totally,” he says, adding the funds always invested heavily in making sure members were looked after across member servicing, advice and contact centres.

“If you look after members they tend to look after you. I had that real focus on making sure the members were looked after.”

Cahill says he joined NESS because, while it was a small fund, he saw the opportunity to modernise it. “It has been well run for a long time, but it just needed modernising. I think that’s what I’ve been brought in to do.”

But Cahill faces a major challenge, with policy makers making it increasingly difficult for smaller funds to operate.

Indeed, Cahill says if the Government keeps tinkering with super “you might find small funds can’t survive because of cost pressures” around compliance and project management.

In the past, funds got quarters and years to implement change. “We’re now getting weeks and months,” Cahill says. “If we keep having change at that speed we will get worn out.”

He says big funds will be the only ones left because only they can run big project management offices, and big compliance and risk teams to implement change in short order.

Why big is not always better

With almost $1 billion of funds under management, NESS is “just big enough”. That allows the fund to buy wholesale investments. However, it is not big enough to buy the likes of airports and toll roads in its own right and instead has to invest in pooled vehicles.

Being small, however, has some advantages in areas like small cap stocks. “If a mega fund went into small caps, they would blow it up,” Cahill says. “Because of our size, we can set up mandates with good small cap managers and get good returns from it.”

But the biggest advantage that NESS, and other small funds, hold over larger funds is in member engagement.

“The bigger funds are all process, procedure, system, plug in, turn on, play,” Cahill says. “At smaller funds, members get better understanding, better services and better hand holding because we can actually hold their hand.”

To help modernise NESS, Cahill has strengthened the fund’s compliance. He has hired a new compliance person to work alongside NESS’s existing compliance service providers. Cahill says rather than a service provider or an employee to manage compliance, “it is optimal having both”.

But his major focus has been member relations and engagement. 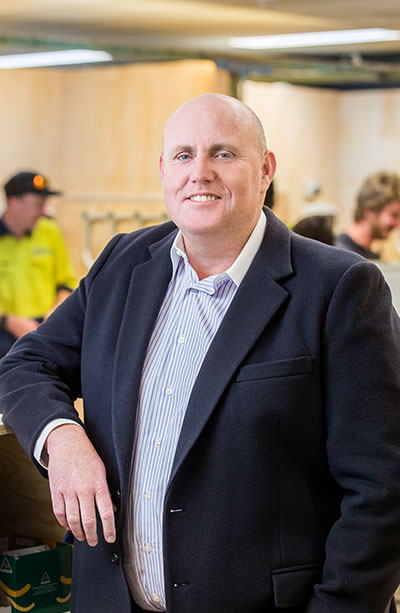 He wants NESS’s member engagement to be as personal as possible. That includes member servicing in the field through toolbox talks and worksite visits. NESS spends as much time as it physically can in workplaces with electricians to understand what their needs are and to help them with their super, Cahill says.

NESS’s office is now located in the building where all the electrical apprentices are trained, which makes it easier to promote the importance of super to the next generation of electricians.

NESS is also using surveys and data analytics to find out what is and isn’t important to members. Interestingly, Cahill says they found that not everyone wants to be a member of a big fund. They want personalised service.

To deliver that personalised service, one of Cahill’s biggest changes since joining NESS has been to insource its contact centre.

When CEO at Club Plus, he insourced that fund’s contact centre. “What we found was, if the fund operated the contact centre, you had much better affinity with your membership, and you could do more things than in a large contact centre environment.”

Cahill says the big providers’ administration packages adopt a cookie-cutter approach that is very “hygienic” and deals with members in a transactional/compliance manner.

“But in many instances, they don’t listen to what the members are actually after,” he says. “It’s likely the member doesn’t get their question answered correctly.”

Rather than rushing calls, Cahill says NESS wants to keep the member on the phone to make sure the fund has satisfied all their needs. He has resourced the contact centre so staff have the time to talk to people. Indeed, one of the contact centre’s main KPIs is increasing the average length of phone calls. “Bit weird that,” Cahill jokes. “But if you have a longer conversation with a member then you’re helping them out.”

Cahill is clearly busy and focused on reinvigorating the fund. At the same time, he’s raising a family with two teenage boys, which he says is also “full-on”. He is a ‘high-paid driver’, taking his kids from one end of Sydney to the other for sports, including AFL and baseball.

But Cahill says that work-life balance is a “furphy”. “Anyone who tells you anything to the contrary is just kidding themselves. You just do your best and just try to get as much done as you can.”

Work-life balance is a “furphy”. Anyone who tells you anything to the contrary is just kidding themselves. You just do your best and just try to get as much done as you can.

He does, however, find time to play for the Eastern Suburbs Dolphins in the Cronulla Sutherland baseball League, which Cahill says is the “sporting equivalent of a men’s shed”.

Cahill says the next few years are going to be interesting for the superannuation industry because of uncertainty around the Government’s agenda. “There is a lot of talk about radical proposals which is starting to get airplay. People being able to opt out of SG, for example. I would consider that highly radical.”

Cahill himself believes the superannuation guarantee should be 12 per cent or higher “as it is better for working Australian to have more in retirement not less”.

Amid the flux, Cahill is relentlessly focused on consolidating NESS’s future. He wants the fund to still be around in five years, having met its internal objectives around service quality, returns and costs.

But there is still uncertainty. “A black line could be applied to us and because we’re south of the black line due to size then I mightn’t be here in five years,” he says. “It won’t just be this fund, it will be a raft of other funds as well.”

If small funds like his disappear, the industry and Australians would be worse off, Cahill says.

“If you wipe out all the small funds due to size benchmarks or some hurdle number, you’re removing the flavour, the interesting parts, and the competition,” he says. “And it makes the industry less competitive.

“If we keep shrinking the number of funds, you end up commoditised and the big funds all look the same.

“Small funds just shouldn’t be taken off the landscape because size is the determining criteria. All funds start out small. Once upon a time a big fund was a small fund.”

Cahill notes the Productivity Commission has argued for fewer superannuation funds. “When in the history of the world has having fewer participants resulted in more competition?” he says. 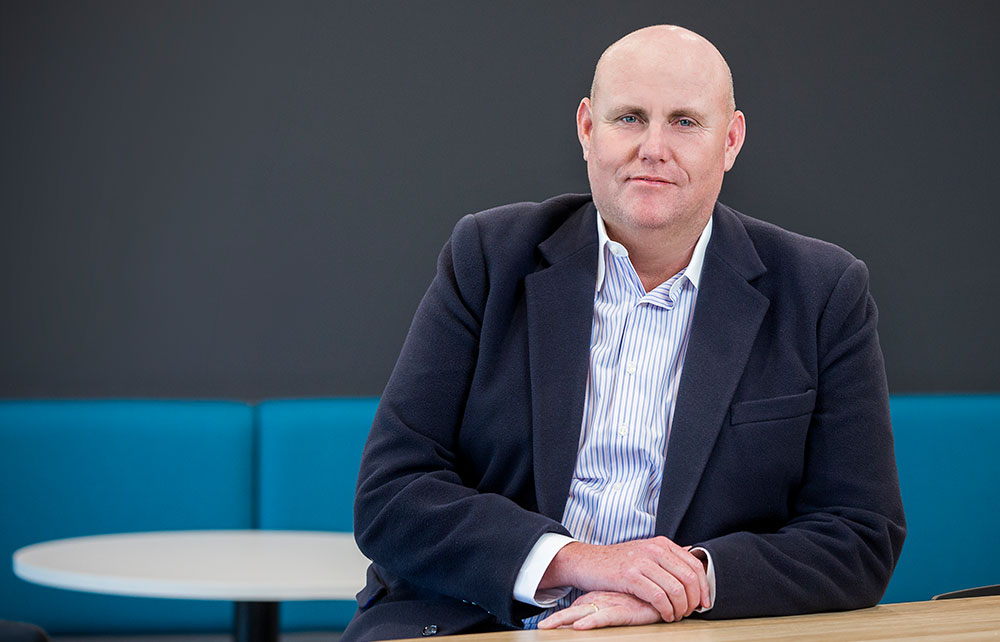