Although she originally set off on a different career path, LGIAsuper’s new CEO Kate Farrar tells why she’s never looked back. By BEN POWER.

LGIAsuper’s new CEO Kate Farrar actually began her career as a musician. She studied classical clarinet at the University of Sydney, then completed a thesis on Aboriginal women’s music.

“I got to the end of my university degree and thought, ‘what am I going to do as a job?’,” she says. “It was the first time I really confronted the commercial realities of the world and thought about the importance of finances.”

She made an immediate switch into investment. And so began a successful career path that 20 years later has culminated in her appointment as chief executive officer of the $12 billion Brisbane-based fund in April this year. Farrar’s mission is to leverage LGIAsuper’s unique and successful investment philosophy and build a top-10 fund over the next 10 years.

After moving to open offer status in 2017, LGIAsuper “has a great opportunity to build on our track record of safe, secure and reliable returns in other parts of the community,” she says.

It was NSW Treasury Corporation that saw Farrar’s potential and took a risk on the music graduate which allowed her to begin her finance career. “I was very grateful for it; I’ve never looked back.”

Building on that start from NSW Treasury Corporation, Farrar spent a decade as a bond quant at BZW and Suncorp. Then, Farrar says she looked across from the relatively sleepy bond market to the energy market – “It was just extremely interesting; it was the most volatile market in the world.”

She moved to Ergon Energy, a Queensland Government-owned energy distributor and retailer. At Ergon, Farrar built the company’s organic retail electricity business, which was eventually sold to AGL for $1.2 billion.

“It was a fantastic experience to be able to work with the team at Ergon to put together a company that worked so well it could be sold for that sort of value.”

After Ergon, Farrar honed her leadership skills at the world-leading INSEAD business school in France. The opportunity came to her courtesy of a competitive scholarship from the prestigious organisation Chief Executive Women, recognising her as a leader “who will shape Australia’s future”.

“That experience helped me to immerse myself in global thinking about managing cultural change and organisational transition, which are going to be enormously important on the pathway to success for LGIAsuper. It was a once-in-a-lifetime experience to work with some of the world’s best executive educators and leaders from diverse businesses around the world.”

Farrar then had a stint in consulting at global powerhouse McKinsey, one of whose clients was LGIAsuper. “I was able to see how great the organisation is,” she says. When the opportunity to run the company emerged she put up her hand.

The fund has been offering superannuation to Local Government employees since 1965, though the present incarnation, LGIAsuper, was created in 2011 when Local Government funds, LGsuper and City Super, merged.

In 2017, LGIAsuper took a major step and became an open fund.

Farrar has spent the first three months of her tenure developing the organisation strategy. LGIAsuper has a key strategic goal: it wants to be a top 10 fund within the next decade based on a balanced set of metrics, including funds under management, but also other factors including member numbers, performance, net promoter score, culture and staff. The fund is currently sitting at 23rd in the Australian market based on funds under management.

A key part of the strategy development has been identifying what the fund’s core value proposition is, which Farrar says “lies in our really fantastic investment philosophy”.

A key part of the strategy development has been identifying what the fund’s core value proposition is, which Farrar says “lies in our really fantastic investment philosophy”

The fund’s core investment philosophy is about capital protection. “It’s a risk protection approach but with outstanding returns,” Farrar says.

LGIAsuper was in the top quarter of funds last year, and was identified based on APRA data as a top 10 performing fund over the past 10 years. But it’s the really long-term track record that’s been most impressive. The fund’s average return over more than three decades is 9.15 per cent per annum. “That’s an amazing thing to be able to say; we now want to capitalise on our investment philosophy, which is very clear and quite distinctive.”

Farrar says another key part of the top-10 strategy has been to identify who the fund’s ‘safe and reliable’ return profile might appeal to outside its core membership of Local Government employees in Queensland.

The capital protection return approach generates steady returns over time, but does lag when equity markets have strong years. “The profile of returns is very appealing to an older member who has a larger balance and wants to protect that,” she says. “It’s probably less interesting to a younger person who wants to shoot the lights out and get the highest balance possible in 40 years’ time.”

Many funds seeking scale have turned to mergers to bulk up. Will LGIAsuper look at further mergers? “We will evaluate what’s important and we will pursue all of the appropriate tools at the right time to ensure we deliver our strategy for our members,” Farrar says.

When it comes to scale, Farrar believes that LGIAsuper’s investment fund and member administration services business have different objectives. “We need to ensure we operate the organisation in collaboration with others to get scale on the administration platform which we have just implemented.”

On the other hand, for funds under management, LGIAsuper is in the “sweet spot”. It is large enough to access good deals, but small enough to take mid-market deals, which Farrar says is fantastic for both volatility and alpha. Examples of the fund’s recent acquisitions include stakes in the North Queensland Gas Pipeline, Sunshine Coast Airport, and agricultural assets in central Queensland.

Examples of the fund’s recent acquisitions include stakes in the North Queensland Gas Pipeline, Sunshine Coast Airport, and agricultural assets in central Queensland

Amid her new career challenge, Farrar maintains an active personal life. Her 18-year-old son, who followed in his mother’s musical footsteps and plays the cello, moved to Canberra this year to study at ANU where he is completing a dual Bachelor of Mathematical Science and Advanced Computing Science.

Farrar says having a serious career and raising a son has meant work-life balance has, at times, been tricky. “I had to take one day at a time and one year at a time.”

She still maintains an interest in music and loves karaoke. But her new passions include motor bikes and physical fitness. Farrar says that while she has a cerebral work life, “It’s important to do other stuff—the yin to the yang—and physically experience life in all its rawness.”

Farrar will find enough thrills and spills in her day job though. She joins LGIAsuper at a challenging time for the broader industry which is facing increased scrutiny, particularly from the Royal Commission and Productivity Commission.

Farrar says that both Commissions’ objective of ensuring that funds deliver great outcomes for the majority of members and at least adequate outcomes for all makes sense given that the default system compels people to put money into superannuation. She also believes that APRA’s broader standards for Member Outcomes “will achieve much the same thing”.

A focus on insurance also makes sense because balance erosion matters, so insurance must be considered as part of the overall superannuation package. “Making insurance more core to the offering is a really good thing – LGIAsuper already had insurance on its to-do list to reconfigure”, Farrar notes.

Farrar expects the velocity of regulatory change in superannuation to continue. “Superannuation is a product that people are compelled to buy; in that sense I think there will always be an interest from regulators in ensuring that consumer outcomes are protected. Changes in rules must keep pace with social expectations.” 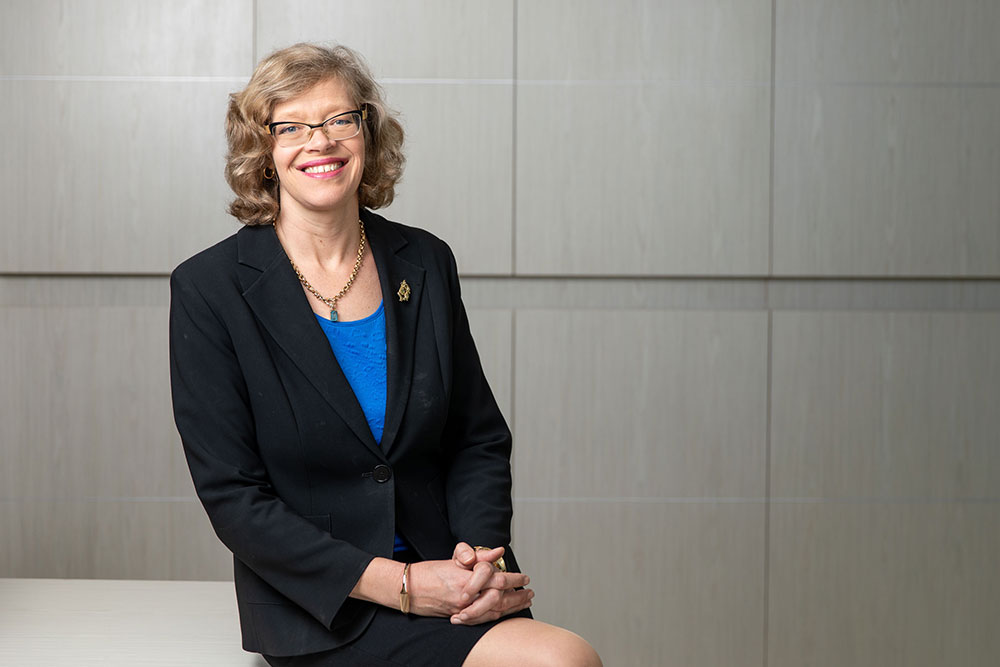 The super industry is at a similar point to the energy sector when it was being opened up to competition in the 2000s, Farrar says. “There are a lot of parallels between energy and super which still has some way to go before it is really competitive across all sectors. Ultimately, it is competition that is the ultimate disruptor in any industry, because it forces companies to put members first and deliver genuine efficiencies.”

Farrar says LGIAsuper has always swept small inactive accounts and won’t be affected by new legislation. “But it’s clearly going to impact some funds which could easily change the shape of the industry. It will be interesting for us to see what opportunities might arise.”

LGIAsuper could also capitalise on the unwinding of vertical integration which “offers opportunities [in advice] particularly for small and mid-size funds”.

But Farrar’s main focus will be on executing LGIAsuper’s strategy. That will mean continuing to provide fantastic outcomes for her core membership base in Local Government, opening her fund up to competition, and ultimately taking the offering to the rest of Australia. “The team will need to focus on providing great member experiences at very competitive prices, and delivering information and advice to members that can help them have wonderful lives after work”, she says.

If she can deliver on the promise of her strategy, LGIAsuper will become a top 10 fund within a decade. “We’ve now started our journey to get to that. We’re not there yet, but we are on the way,” Farrar says.