WA Super CEO Fabian Ross is on a mission to help members, employer groups, and the broader community understand the power of financial well-being. By BEN POWER.

In late 2016, Fabian Ross was about to start as CEO of WA Super when he suffered an unexpected and serious health scare. Ross’ wife had to deliver a difficult message to the chairman: her 49-year-old husband wouldn’t be able to start as planned.

The WA Super board was shocked at the news. However, they were incredibly supportive and told her they would wait for Ross to be well enough. After a couple of months in recovery, he eventually took up his post as head of the Perth-based super fund.

Such a serious illness may have triggered a career rethink for many, but for Ross the set-back only reaffirmed the important role he could play in the financial well-being space. “I had time to reflect on a number of things during my recovery,” he says. “I realised just how important it was to have financial security; and how important superannuation, insurance and our industry is.”

Ross now has a mission—not just to drive growth and build WA Super into a sustainable fund—but to get members, employer groups, and the broader community to fully grasp the power of financial well-being.

“I want to change the narrative. To move superannuation away from being a complicated product that people only think about when they near retirement,” he says. “We need Australians to understand how important financial wellness is. Changing that narrative is really important to me and I’m privileged to get a second chance to succeed.”

Ross had witnessed career and financial insecurity from a young age. In 1971, when he was just three years old, his family migrated from India to Perth. Life wasn’t easy; his father was forced to work two jobs outside his engineering profession. He even had to redo his qualifications. Through perseverance and determination, he eventually landed a job as an engineer. “I learnt from early in life that you never get anything without commitment and hard work,” Ross says.

But as a youngster, a career in financial services was the furthest thing from Ross’ mind. It was only out of pure luck he fell into the industry after he was offered a job as a teller at the Commonwealth Bank, before working in rural branches across the state.

Over time, Ross tired of banking. When he moved back to Perth in the early 1990s he became more interested in financial planning, and was drawn to the opportunities this industry presented. “I arranged for my dad who was retiring to get financial advice and saw first-hand the impact this could have on individual goals,” he says. “I witnessed my dad getting the right advice, at the right time, with the right outcomes for him and our family.” 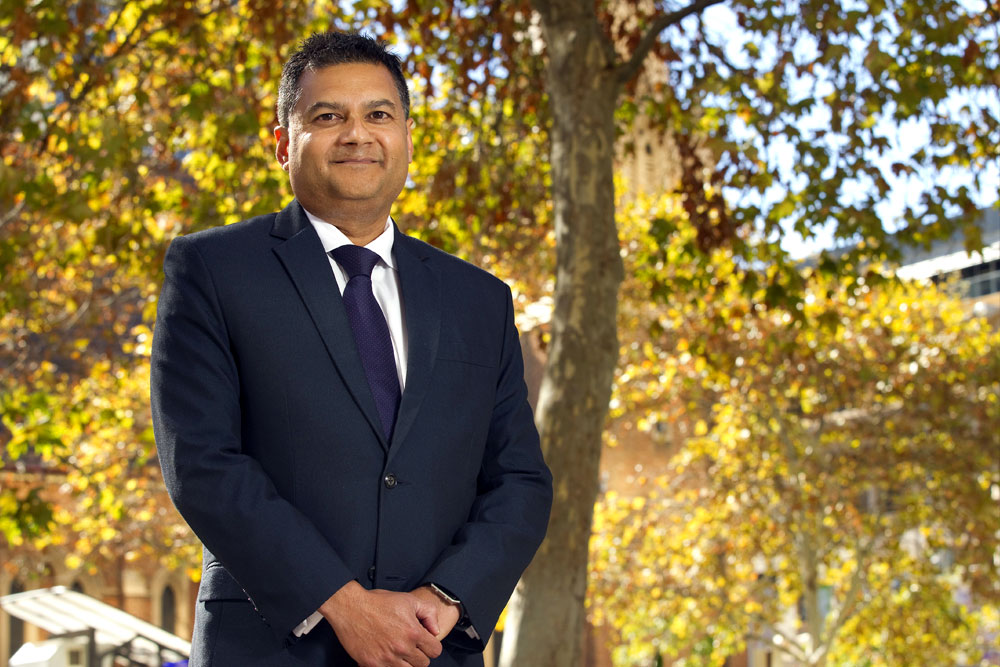 Ross joined the Commonwealth Bank’s financial planning division. The move, combined with his passion for the industry, and a deeper desire to make a difference, led to a series of successful management roles in wealth management. As head of wealth management at St Andrews, he developed a taste for building a business, including mergers and acquisitions (M&A). That change management and growth mindset led him to a series of senior roles at the WA public sector fund, GESB and BT Financial Group.

Unfortunately, Western Australia didn’t have many large financial services agencies, and there was a shortage of senior roles based in Perth. BT offered Ross a Perth-based leadership role but the extensive travel started to impact on his family and lifestyle. Ross was excited, therefore, when approached for the WA Super CEO role.

When he joined the fund in 2017, Ross had a clear challenge: how to make WA Super sustainable? Smaller funds were being merged into the bigger players and moving east, and Ross says it was important to keep WA Super local. “We’re locals for locals and are proud of our WA heritage.”

“Being small has its advantages,” Ross says. WA Super can be agile and nimble, and he wants to retain the fund’s enduring member focus and heritage.

But to create long-term sustainability WA Super needed to grow. The fund now has a 5-year vision to grow its membership and funds under management to over $5 billion.

The first element of the growth strategy is organic; to fully embrace its brand as a WA fund. (WA Super is the only public offer fund with its head office in Western Australia). “We felt there was a clear value proposition around being WA centric and our brand name supports that,” Ross says.

As part of its organic growth, WA Super is enhancing the fund’s member engagement strategy and continuing to embed its regional focus. The fund is also expanding its advice offering, and has launched intra-fund advice, a free simple super offering for members, and in the next few months it will launch a new digital advice platform.

But M&A has also been another key driver of growth. In September last year, WA Super announced it would merge with smaller Perth-based fund, Concept One. The merger boosted WA Super’s membership from 40,000 to 60,000 and increased its funds under management to $3.5 billion.

We don’t want to grow the fund just for the sake of it. Any merger partners must be the right cultural fit for us. We will look at organisations that truly focus on members, and are also seeking to change that narrative around financial wellness

The merger partners will also ideally be a strong industry fit. WA Super wants to be ‘narrow but deep’ and maintain a focus on core industries, including local government. “We don’t want to spread ourselves too far from being industry focused,” Ross says. “You can’t be everything to everyone. It doesn’t mean we won’t look at other opportunities. But if you start to get too broad it makes it difficult to communicate and get your message across.”

In addition to exploring more M&A options, Ross says WA Super is continuing to lift its brand image in its home state. “Our strategic intent statement is to be the ‘go-to financial services authority in WA’. We want people have us top-of-mind, to trust us and come to us for the right information.”

Ross wants to help the broader superannuation sector at a challenging time for the industry. The renewed focus on financial services and the superannuation industry—arising from the Banking Royal Commission, the proposed Federal Budget changes, and the Productivity Commission draft report—will mean further challenges and opportunities await WA Super, he says.

“I support the scrutiny and changes where they ultimately benefit members, however it is important that we really understand the unintended consequence of any changes before implementation,” he says.

One of the biggest issues is insurance, he says. While he doesn’t think the industry has got default insurance right across the board, he is cautious about proposals to allow Australians aged under 25 to opt out of default cover in super. “We have got to think carefully about that,” he says. “Without default cover a lot of Australians aren’t going to be adequately insured.”

Another issue important to Ross is enshrining the purpose of super in legislation and for government to create stability after constant tinkering of super rules. “The more we keep changing rules around superannuation contributions, the more difficult it becomes to give people certainty,” he says. “You start to lose a little bit of trust.”

But above all, promoting financial well-being remains his core mission. After experiencing his own life-changing event and realising how fortunate he was to get the right information along his own life-journey, Ross wants to ensure he can help others through employer financial wellbeing programs.

Financial wellbeing is a growing problem for organisations, he notes. “Stressed employees are less productive at work, take more absent days and are often more anxious, which plays out through health issues too. But with our help, there’s plenty that employers can and should do to help their employees, so their employees make better financial choices.”

Financial well-being is a growing problem for organisations. But with our help, there’s plenty that employers can and should do to help their employees

Ross says from a personal perspective he remains acutely focused on his own health and financial wellbeing so that he can deliver WA Super’s five-year vision. The hockey fan who has two sons in their early twenties remains fully committed to sticking around long enough to grow old and live out his own retirement dreams.

“I was incredibly fortunate to survive this health scare; but I was also fortunate in knowing that if I hadn’t pulled through, my financial affairs were in order, and my family would be okay. Not many people are in that position though. And therefore, I see it as my mission to do more to help others, so families aren’t left to struggle financially when a crisis arises.”